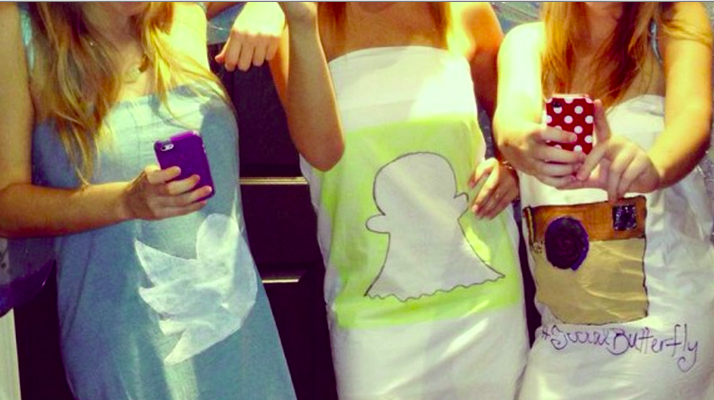 When you meet a guy who’s cute, funny, and smart, it’s hard not to let your mind wander and engage in thoughts that would make him run for the hills. But just when you’re about to go all high school psycho on his ass and start doodling your names together in your planner…he adds you on Facebook. At first, you’re thrilled. It’s basically a modern romance. I mean, honestly, he took the time to find your profile among all the other girls out there who share your tragically common name. Who said that chivalry is dead?

You’re smug. You realize that at that very moment, he was probably scrolling through your carefully constructed profile, that shows you as a fun, well-rounded, pretty person, who never leaves the house without fresh hair and actually has a social life. You might as well let out a villainous laugh when you get the notification that he liked your old profile picture, taking that little validation as a sign that he must be falling in love with you. However, beside that notification was a little thumbnail of his profile picture.

You hate to seem vain, but you would never date a guy who uses a photo of his truck as his profile picture. Imagine, down the line, after being roped into expressing your love online, having all of your friends see that you’re in a public relationship with a 2010 muddy Ford. As great as a guy may be, his social media presence might be the make or break on whether you actually respond to his texts. Fuck his good jawline, it’s a good Instagram game that’s really going to turn you on.

Here are the six things that guys do on social media that make you too embarrassed to even show his profile to your friends:

1. His Cringey Profile Picture
I’m not expecting you to have a LinkedIn headshot as your profile picture (though when my mother inevitably creeps you, she will), but for the love of everything good in the world, just ask a friend to take a recent, in focus shot of you… without you playing Edward 40-hands or doing something stupid. Take a page from my book. I have no problem asking a complete stranger to take fifteen photos of me at “an angle that makes me look skinny,” so I’m sure you can get one that makes you look like an average 20-something-year-old guy. Remember that it’s not only the girl you’re interested in who will examine this photo ten times before agreeing to go out with you. It’s likely her entire sorority, the random girls that she sometimes talks to in class and at least one of her cool cousins that your mug needs to impress.

2. He’s Trying to Appear Sweet
Look, I see right through the Tinder picture of your grandmother kissing you on the cheek, especially if the next photo is you groping a girl in a bandage dress. Honestly, any guy who’s trying too hard to show you that he’s close with old people, babies, or his dog is trying to distract you from a larger issue. Girls: keep your eyes sharp. Don’t be so distracted by the fact that you want to be his puppy’s step-mommy that you don’t notice his receding hair line.

3. He’s Sports Obsessed
After a few months of dating, you’ll come to accept the fact that your virginity will basically regrow during March Madness, playoffs or whatever your guy’s favorite sport it. However, when you’re still in that new phase, the fantasy of this mysterious, sexy new guy bursts when his tweets give you the impression that he spends most nights on the couch, in his boxers, yelling at his television as the sauce from his chicken wings drips down his face. You’re all for putting on a cute jersey and rooting for whichever team has a player that married a Kardashian; however, in a new relationship, you want to be the sole focus of this guy, and you don’t want to compete with twenty guys who look better in spandex than you do.

4. He’s a Social Justice Warrior
At first you almost think it’s cute. How can you resist a guy who’s against animal testing, supports a vegan lifestyle and doesn’t let a single injustice go by with ay least five tweets about it? But eventually, enough is enough. There’s a difference between the guy promoting another petition and starting a full out war with your roommate over the cute leather booties she took a photo in. He writes in his blog about the evils of capitalism, and you’re on a first name basis with the entire staff of Sak’s. its basically a modern day Romeo and Juliet. It’ll never work out.

5. His Female “Friends” Are Too Active
You’re already having a hard enough time trying not to compare yourself to his last formal date. If so many girls have posted photos with their hands on his chest that you don’t have time to creep them all back to prom, then it’s generally best to quit while you’re ahead. You have enough to worry about without stressing about every girl who’s referred to him as “this guy” since his high school days. If he doesn’t have the common decency to at least untag himself from all of the photos that weren’t posted by his sister or his very mescaline looking female friends, then he’s probably a douchebag anyways.

6. His Ego Can’t Be Contained
Shirtless pictures are great. Fantastic even. They’re a great indication of ~what’s to come.~ However, you should have to find them. If he’s shirtless in his profile picture, cover photo, or Instagram story, there’s a good chance that you’re not the only checking out his abs. There’s no reason you, or anyone else for that matter, cares about how much he squatted at the gym, or his progress picture from two weeks ago. You can already see a future of him forcing you to eat raw vegetables and asking you to take solo pictures of him, and you are so not down..