The 11 Snapchats Literally Every Girl Sends 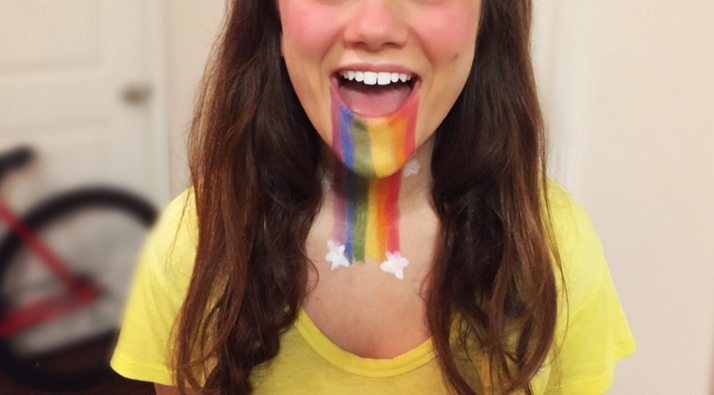 Snapchat had become wildly popular in the last few years, and we just can’t stop sending people pictures of our face. But when you look like this, why wouldn’t you? And since we’re all basic AF, each Snap can be broken up into 11 specific categories. Literally no shame.

Ugly Snaps: There is nothing like sending a picture of your triple chin to your best friend that says “I love you and I trust you.” Be wary of who you send these too, however. Recently screenshot Ugly Snaps have been the ultimate birthday wish on social media. Happy birthday, here’s some public humiliation and betrayal.

“I’m Drinking” Snaps: This snap is either a selfie of you holding your cup up to your cheek and doing the “haaaaaay” face where you open your mouth and raise your eyebrows, or it’s a pic of the bottle you are drinking from with a caption like “here we go” or “thirsty thurs.” We get it, you drink. Good for you. At least it’s not a Reply Chug Snap.

Drunk Video Snaps: These are not even 20 percent as interesting as you think they are. Your inebriated cackle covers up most of the sound of what is happening around you and the speed in which you move your camera makes everyone motion sick. And don’t bother sending videos of you at the party/bar with music blasting and you and your friends drinking and sticking out your tongue. No one watches those.

Nude Snaps: For the brave and the confident. We salute your patronage of sharing your goods with whoever you choose to send them to. Dick pics and tit pics alike, if you got it, flaunt it. Be careful who you send these too though, they are almost as risky as Ugly Snaps.

Zoom In Snaps: These never get old, do they? They absolutely do. Usually zoomed in on the face of someone minding their own business, oblivious to the exploitation of their dumb, unsuspecting face. Leave them alone, they are just trying to live their life.

Food Snaps: If you send out a culinary concoction in which you have constructed with your bare hands, you are basically telling the world, “single file boys, I’m domestic AF.” If it’s anything else, we’re not as jealous or interested as you think we are.

Bad Hair Day Snaps: A cute guy snaps you and you want to answer but you look like a creature, so you send him the corner of your face without any zits and cut off the top of your head so he doesn’t see the rat’s nest you are trying to pass off as a messy bun. Push up your boobs and hope he doesn’t notice.

Filters Snaps: Just as bad as the Zoom In Snaps, they were funny the first thirty times I saw someone send me their face with googly eyes or vomiting a rainbow, but at this point I’m just over it.

“This Is Good Lighting” Snaps: Taken in parked cars and in front of large windows, you notice the sun is hitting your eyes just the right way to make them look like crystal clear pools of heaven and your highlights look not unlike Lauren Conrad’s. You have to share this moment with every guy you’ve wanted to bang. Add a low key caption like “ugh this day” and you are as good as laid.

Lip Syncing Snaps: Wow, you are so cute and fun! And that a giggle at the end? So adorkable!

Fake Mass Snaps: This snap is a test. You’re either trying to start a conversation with someone without looking too eager or you are trying to see if this person is ignoring you. As soon as you send this snap, it will be under surveillance until opened. And if this snap is opened without an answer in a reasonable response time, shit will hit the fan.