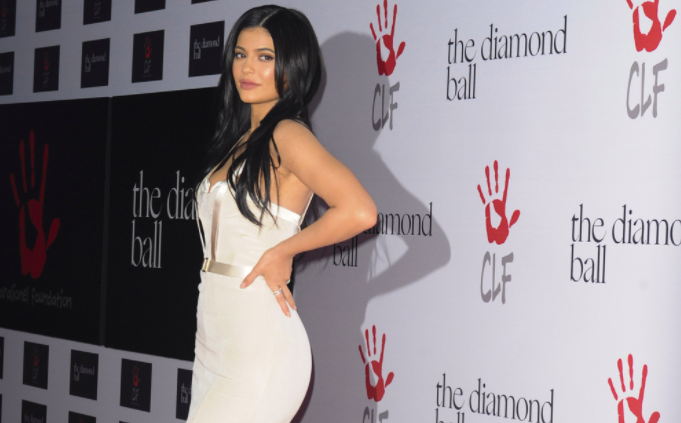 By this point, you should know: Kylie had her baby. On February 1st, after a lonnnng nine months of speculation, the youngest of the OG Kardashian-Jenner clan gave birth to a baby girl. I mean, sure. We knew she got knocked up months ago, but the lack of confirmation made us uneasy. Why was she hiding? Why weren’t we getting a front row seat? What the fuck was going on?

Yesterday, as in the day the entire world was making nachos and getting ready to (pretend to) watch football, Kylie made the announcement of all announcements.

Anyway, somehow some way, the royal family managed to make the most masculine day of the year 1000 percent about themselves, and for that, the internet went fucking wild. As the news of the baby dropped like an album, Twitter went into its usual frenzy and did what it does best: Say what we were all thinking in 280 characters or less. Behold, the best Kylie/Kris/Kardashian/Jenner tweets that we all should have come up with.

Kris Jenner made Kylie announce her pregnancy on the day of Super Bowl and got all the attention. The devil works hard but Kris Jenner works harder pic.twitter.com/aQgiGN0I0V

very controversial half-time performance. cannot BELIEVE justin timberlake shot kylie jenners baby out of a cannon and into the crowd

praise kylie for making this announcement on Super Bowl Sunday so the girls/gays have something to talk about instead of pretending to watch the game https://t.co/qnO4hK5Gu8

So the world found out about Kylie’s pregnancy AND got to see Kim and Kanye’s new baby for the first time. All at once. ON THE SUPER BOWL. Sounds like the work of Kris Jenner. pic.twitter.com/LgkMvkY1Xn

The Kardashians are about to have 3 kids (possibly all girls) Born around the same time. Which means my kid will have to deal with the Kardashians too. Kris Jenner really is a genius.

kris jenner needs to give a ted talk

…..why did I cry through the entire Kylie Jenner video 😩😭

You’re not rich like Kylie, everybody stay on your contraception

Kylie has some real ass friends, no one said a word the whole 9 months. These are the type of friends I need around me.

Kylie’s pregnancy video was beautiful. but when jordyn said “when you’re 20 yrs old, you’re figuring out your life. you don’t know what you want. you’re an indecisive teen becoming an adult, but there was one thing you’re mom knew for sure…and that was you.”

Kylie's pregnancy announcement has nearly 24 million views and JT's Halftime show has barely 3 million even though they were released on the same day…the devil works hard but Kris Jenner works HARDER pic.twitter.com/8Emd1mH3vU

And just in case you went temporarily blind yesterday and didn’t get to see the video that’s changing the pregnancy game, here’s a peek at Kylie’s casual baby documentary that has close to 26 MILLION views on YouTube. Baby’s already getting the kind of ratings the family has grown accustomed to. Our Lord and savior Kris Jenner knows what she’s doing.

Putting money on that fact that there’s going to be an influx of 20-year-olds getting their IUDs removed today. Happy basically-teen-pregnancy, everyone!.