The 7 Stages of Not Liking Your Boyfriend’s Friends 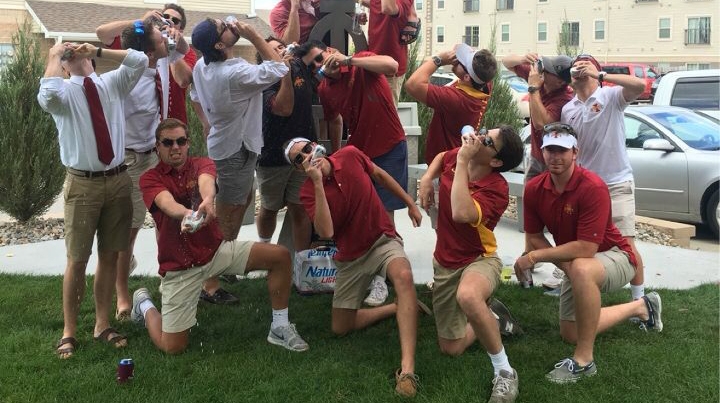 You love your boyfriend. So it would be logical that you love his friends, essentially extensions of him, as well. However, as sweet, sensitive, and charming as your boyfriend may be, his friends may not exhibit the same qualities. You knew that your boyfriend was, for lack of a better word, quirky, in high school. While he had butterflied out of the video game playing, pretentiously nerdy cocoon, some of his friends stayed safely nestled inside. At first, you tried to deny the fact that you simply didn’t like his friends. You tried to justify their behavior, thinking that they simply reverted back to their high school selves when they were back with their high school friends.

You may start to feel guilty for not liking those who are so important to your boyfriend. You start to wonder if the fact that “Carl was there for me in grade four, when my dog died” overshadows the fact that Carl got drunk and called you a bItch, and always stares at your ass. You question whether or not you might have influenced those annoying qualities that they all possess out of your boyfriend. Even if you did, it will inevitably benefit him (and you) in the long run.

You may start to become hostile and angry towards your boyfriend. Maybe he’s douchey enough to not defend you when they laugh at you for not understanding the actual order of the Star Wars movies (who gives a shit?), or maybe he “innocently” forgot to tell you that they were coming over until the moment you walk through the door in your sweaty, post spin class clothes. You may try to bargain with him, offering special privileges to him in exchange for not letting one of them crash on your couch again for the third time this month.

As many privileges you offer your boyfriend, at the end of the day, sometimes you’re not the beer-drinking, sports-watching, girl-rating bro that he needs. He’s sending them memes when he’s supposed to be watching Grey’s Anatomy with you, and ditching another night with your friends for one with his own. You start to feel lonely, but then remember that it would be annoying if he actually wanted to spend all of his time with you.

You begrudgingly show up to a party at your boyfriend’s friend’s place for a party. You’re standing there alone, thinking of all of the ways that you are going to get revenge on him for making you stand there alone and awkward. Then Carl comes up to you. He makes a joke about how your boyfriend is always late for everything, and before you know it, the two of you are bonding over all of his annoying idiosyncrasies. Even though you don’t understand the rules of whatever video game they’re obsessed with, at least you have something mutual you can talk about.

Even though your boyfriend’s friend (or maybe your sort of friend?) is better to bitch about your beau with than most of your girlfriends, you still don’t love some of his behaviors. You saw a text on your bf’s phone the other day asking him to go to the strip club. Instead of getting into a big fight, you save this tidbit of knowledge for the next time you really need something (an hour back massage?). You realize that the more lenient you are with his time with his friends, the cooler you’ll seem, and the more accepting he’ll be the next time you go to a frat party dressed as a school girl…without him. It’s about balance.

While you were able to change (and weed out) some of the unattractive qualities about your boyfriend, it’s impossible for you to do the same with all of his friends. With sex off of the table as an incentive, they have no real reason to want to impress you or try to please you. You accept the fact that they are who they are while quietly searching for girlfriends for them all. If you strategically pick the right girls, you’ll have the whole group whipped into shape in no time..