The Bachelor Winter Games Cast Has Been Announced 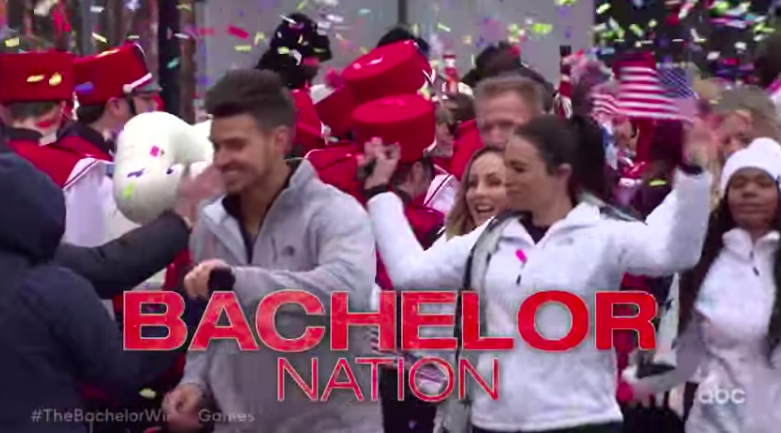 Watching the Olympics can be fun. It’s easy to make drinking games while watching people who are substantially more fit and successful than you participate in athletic games, and almost every guy there is attractive in at least some sort of way. But, the games aren’t perfect, mainly, because there is no drama. Sure, you can argue that there is some drama in the final moments, to see if your country wins. Have you never wondered: who are these people? Are they straight, married, have kids, or a dog? Is there drama among teammates, or even relationships? It would be a whole lot more interesting if the two guys who are competing against each other on the field are also sleeping with the same girl… don’t you think?

Well, the Bachelor franchise is back — and here to settle your Olympic drama needs with the “Bachelor Winter Games.” The show, airing on February 13th, is bringing back some series fan favourites, including 12 from the US, and 14 international contestants, from countries like Switzerland, Japan, and Australia, to compete, fall in love, and, most importantly, get views.

The show premise is pretty simple, and similar to the regular shows, but with an athletic edge. All of the contestants will live in the “Bachelor Villa,” which is located in a ski resort in Vermont called The Hermitage Club. Contestants will participate in actual sports, like water biathlon and ice dancing, and the winners of each contest will receive a date card.

Judging from the 30-second trailer, it looks the series will consist of a lot of makeouts, ugly matching uniforms, and, my personal favorite — people falling and looking like idiots.

The show, as usual, will be hosted by Chris Harrison, who will share his important duty of calling each and every episode “the most dramatic one yet,” with ESPN’s Hannah Storm and KABC-TV’s Ashley Brewer. To maximize the number of fans who tune into this new show, past series cast members, such as Ryan Sutter, JoJo Fletcher, Arie Luyendyk Jr. and Rachel Lindsay, who have obviously been dubbed more important than the others, will make guest appearances. They will be joined by actual athletes, like figure skaters Nancy Kerrigan, Tai Babilonia, and Randy Gardner, who obviously would love nothing more than watching reality show stars participate in the sport that they have dedicated their lives to, and more than likely gain more fame from it.

Here are the people that you probably can’t wait to watch embarrass TF out of themselves, and yet still manage to find “love”:

From the US team: