The Bachelorette’s Lee Garrett Is Kind Of Racist 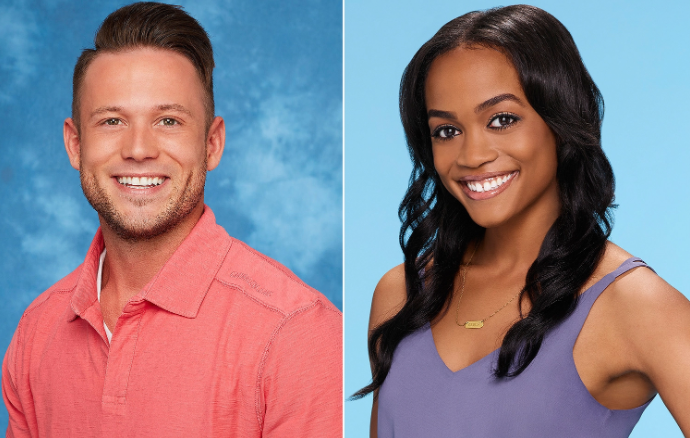 I’ve been saying it since the day Rachel got out of the limo to greet Nick on last season’s Bachelor: she’s too good to be apart of this entire franchise. She’s an attractive attorney, with an adorable dog (hello, Copper!) and a body that makes me want to put down the glass of wine that always accompanies me while I watch trashy TV and hit the gym. Rachel is looking for husband material, which, shocker: isn’t going to be with an “aspiring drummer” or someone who’s trying to make a career out of a screaming “whaboom.”

Do you know who else wouldn’t be “husband material” for the new Bachelorette? A racist. (duh!)

Race undoubtedly plays a role this season, with Rachel being the first black lead the show has cast after fifteen years and twenty-one seasons. While 2017 is pretty late to be getting on the diversity train, fans were thrilled for Rachel, and after seeing her heartbreak with Nick just a few months ago, were rooting for her to find love.

You would assume, that on a show about finding love, where all of the contestants are thrust into the public spotlight, where their every move is scrutinized (and carefully calculated to ensure a future Instagram promotion), ABC would be careful selecting Rachel’s potential suitors. You would also assume that on the highly anticipated season of the first black lead, the show would do everything in their power to keep racism out of the script. However, the company proved us wrong with the casting of Lee Garrett, the 30-year-old country boy from Nashville.

After only two episodes, Lee seemed to have already secured his spot on the show as a benchwarmer, who wasn’t going to go all the way to the Fantasy Suites, but was going to stick around long enough for Rachel to eliminate the weirder ones. However the simple country boy has found his fifteen minutes of fame when another Twitter user posted screenshots of his alleged racist and sexist string of tweets.

“What’s the difference between the NAACP [National Association for the Advancement of Colored People] and the KKK [Ku Klux Klan]? Wait for it….. One has the sense of shame to cover their racist ass faces”

“Never trust a feminist liberal or a man who owns a cat.”

“Guys… When is the last time YOU saw a pretty feminist? There is a reason for this.”

Lee’s tweets are currently protected with a private profile, so unfortunately, you’ll have to settle for angrily tweeting at ABC for not finding out about this guy’s internet past before casting him on the show with Rachel. However, the franchise is historically known for wanting to televise drama and emotional situations. Take last week’s episode, where a girlfriend one of the contestants “ambushed” the show, and revealed DeMario’s shady (and committed) past to Rachel. There’s no way that that moment wasn’t staged by producers, who were hyping up the dramatic scene since the premier. I don’t want to point fingers, but was ABC really naive enough to not do a simple social media sweep on all of their future contestants?

Regardless of whether or not ABC was aware of Lee’s Twitter history, this season’s Bachelorette has already been filmed; meaning that we’re all going to have to sit back and cringe as Rachel continues to “date” this questionable guy until she sees through his southern drawl.

Remember what your mother always warned you about: whatever you put on the internet is there forever. Also, don’t be a f*cking racist..