The Bitchier Taylor Swift Gets, The More I Like Her 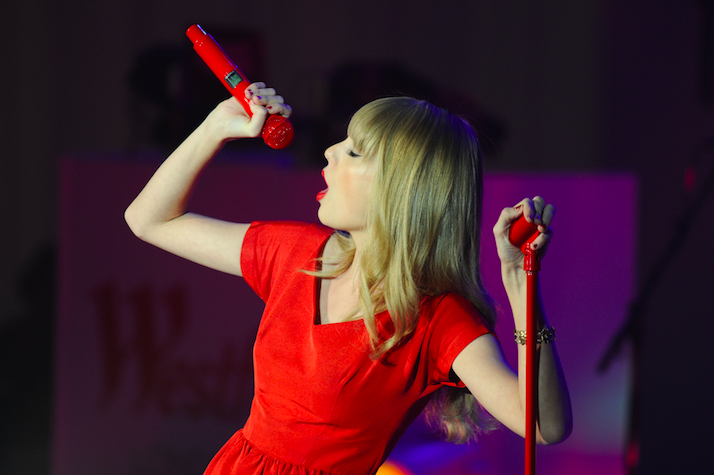 I’ve never trusted those who pretend to be too good. From experience, I’ve learned that those who brag about their purity and wholesomeness by day are the ones who need the least amount of coaxing and wine to get up onto a table at a frat party at night.

When Taylor Swift first stepped out in 2006 in cowboys boots and a floral sack, my bitch-dar (bitch radar) went off. I knew from the beginning that there was no way she was sweet as she was appearing to be. As the years went on, my suspicion became more apparent. Her song “You Belong With Me” was blatantly about her stealing another girl’s boyfriend. Yet somehow, in an admirably bitchy fashion, she was able to paint herself as the victim in the situation. Turning “but she wears short skirts, I wear t-shirts” into an anthem for drunk girls to scream at the top of their lungs, she managed to perpetuate the idea that she was such a sweet, hometown girl — even when she was dating notorious playboy John Mayer.

As she continued to date seemingly half of Hollywood, gold-dig (there’s only one reason you date a Kennedy), and exploit her dating life for record sales, she still managed to convince seemingly every girl on the planet that she was “relatable” and oblivious to her fame. When you’re worth $280 million dollars, I find it hard to believe that your only hobbies are your cats, baking, and onesies. It baffles me how she can perform songs about her ex in lingerie, and yet when she stages something to make her seem “goofy,” like awkwardly dancing at the Grammys, or falling off a treadmill in her cringe-inducing Apple commercial, the world says “awwww” in a way that they generally reserves for the elderly and puppies.

Recently, Swiftie has made some moves that even her more dedicated, 20-year-olds-who-have-never-been-kissed fans can’t deny are bitchy. She allegedly dumped her boyfriend of over a year, Calvin Harris, over the phone. Recently, she was caught making out with Tom Hiddleston — who is a huge upgrade from the DJ — just two weeks after the textbook bitchy breakup. She is in a rumoured feud with the Kardashian-Wests over a song where Kanye raps about sleeping with her. And we all know that the quickest way to make your fight public is to involve a Kim, Kylie, Khloe or other Kardashian-Jenner.

Her new attitude has started to show in her appearance. While I don’t condone her bleached new haircut, she has finally discovered a lipstick color that’s not red, her hemlines got shorter, and she finally stopped looking like she was a preteen Disney Channel star.

When looking at her love life, the gossip surrounding her, and her new edgy look, there is no denying that Taylor is acting like a complete bitch. And I LOVE it. After years of seeing her act like the victim of heartbreak whose only hobby is knitting, I love seeing the powerful bitchy side that I knew was there all along. It took her ten years to do so, but Taylor has finally gained my respect. While I still have my reserves about her (and all my respect will be lost if she produces another album whining about being dumped or another Apple commercial) for now I will continue to love the no-fucks-given Taylor.

So Taylor, go out and steal someone’s boyfriend (we know you’ve done it before) or get into a public fight with Kim. As long as you don’t wear a floral dress or somehow involve your cat, I’m going to love you..