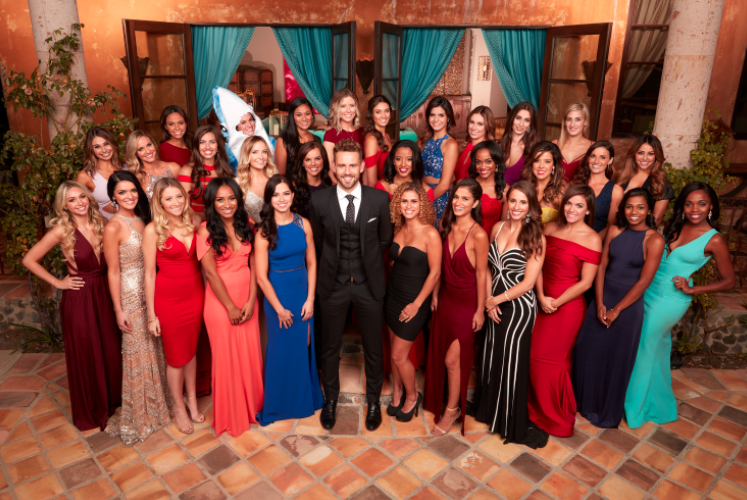 Want to be one of the next contestants on The Bachelor? You better check your bank account balance first. While it’s said that the cost of finding true love is priceless, on the popular reality TV show, they have been able to put a price tag on it. Past contestants reveal exactly what they spent in order to catch the eye of the bachelor.

Before we dive in, I have to preface this by saying that I kind of get it. I can’t show up to my high school reunion, or somewhere where I’m bound to see my ex without hitting the gym for two weeks, going on a juice cleanse, getting a blowout and spending at least $200 at Sephora. Now imagine going in a reality TV show that you know everyone from your bitchy aunt, to your college roommate to the guy that you lost your virginity to (not to mention the millions of viewers that tune in weekly) will not only be watching religiously, but will be analyzing critically. You’re also living in a house full of typically stunning girls who are all ferociously competing to get a ring from the man that you are naively saying that you’re “in love” with. Not only will the bachelor be judging you on your uneven eyebrows, slight love handles that emerge after a big meal and f*cked up spray tan, but so will the rest of America.

These girls aren’t professionals, and they don’t receive any help while actually on the show, so they do the only logical thing that they can do, and spend their life savings on the tools they need while preparing to fight in this battle of love.

Jaclyn Swartz, who has basically become a professional Bachelor contestant, competing on The Bachelor, Bachelor Pad and Bachelor In Paradise, reveals, “For The Bachelor, I really didn’t do much — I cared more about my clothes. Didn’t pencil in my eyebrows. Didn’t know how to use a curling iron. Thought fake lashes were trashy. Never used foundation, primer, concealer, or setting powder. That all changed when I saw myself on TV. You bet your ass I learned how to do makeup immediately.”

She learned the hard way that while your face might look acceptable with just concealer in dim lighting, you look like an absolute monster in high def lighting in front of all of the cameras. She smartened up, saying “I invested in lash extensions, a personal trainer five days a week for the eight weeks leading up to the show, dermaplaning — which I swear by — and a fresh head of blond. I also waxed, brought way more makeup, and embraced makeup trends like contouring.”

Most of the contestants estimate that they had about $1,000 worth of beauty related expenses before appearing on the show; however for pros like Swartz, the cost is a lot higher. Swartz estimates that she spent around $5,000, which she packed in three beauty-only suitcases. These costs seem even higher when you take in that the men appearing on The Bachelorette have little beauty expenses outside of hair gel. Can you say double standard[/i}?

The cost of the gorgeous gowns, and various outfits don’t come at a cheap cost either. It has been rumoured that a contestant, Olivia, on Ben Higgins’ season spent $40,000 just on clothing. Jillian Harris admitted to a lower, but certainly not modest price tag of $8,000, which she only had to mortgage her house to get access to.

Is it worth it? On the quest for true love, the contestants are essentially held captive. As beautiful as the mansion looks, the girls aren’t allowed their phones or internet access (TBH Corinne seems like the type of girl who couldn’t go for an hour without checking her Instagram feed), share rooms with their enemies… I mean, the other contestants, and go without AC.

The contestants who make it past the first rose ceremony do receive gift bags, full of luxury skin care products, designer jeans and bikinis… however, I doubt that a pair of jeans are going to make you feel better three weeks later, when you’re sitting at home, alone, in your house that’s mortgaged to the hills..

[via The Financial Diet]