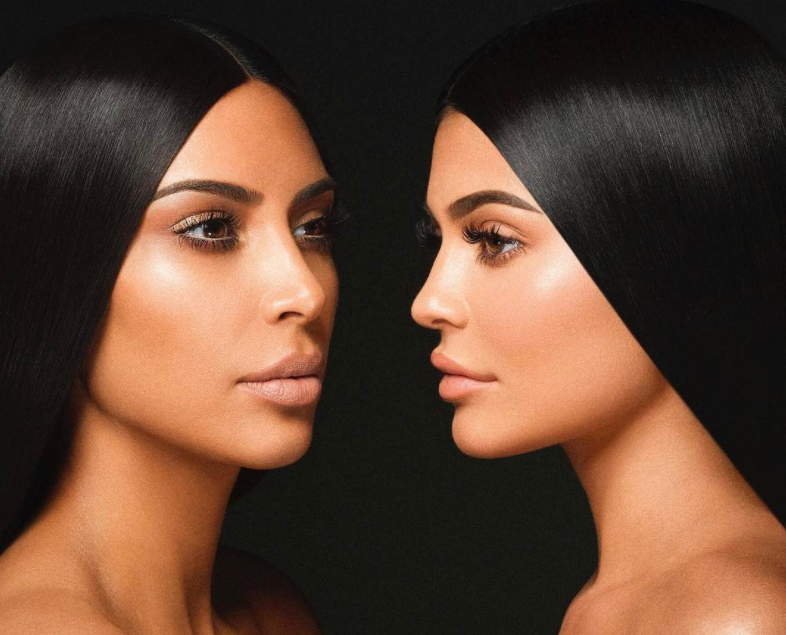 If there is one, undeniable thing the Kardashians excel at, its marketing their sisterly love. With Kylie Jenner slowly, but surely turning into the powerhouse of the entire family, she’s practically a pro at collaborating with her sisters, all in the name of money. Family. I totally mean family.

She’s over kollaborating with Kendall. After their preteen book and equally immature clothing line launch, the pair seems to be noticeably less close, at least professionally. Really, who can blame her? I wouldn’t want to constantly be photographed next to any Victoria Secret Angel, certainly not one that highlights how fake I look in comparison to all of their “natural beauty.” C’mon Kendall, we know you’re naturally pretty; can’t you just slap on a pair of falsies and some excessive contour once in a while to be more relatable to the rest of you (who, ironically, are only going through these beauty measures in attempt to look like you).

Kylie, and her company, Kylie Cosmetics, recently collaborated with her older, half-sister Khloé to release a set of four lip products. In signature Khloé style, the shades were fun and vibrant: OKURRR, a hot pink, Khlo$, a classic nude, Gorg, a deep wine and Damn Gina, a light pink shimmer gloss that’s probably identical to a shade that you owned in middle school. The set was successful, selling out quickly, and becoming enough of a fan favorite to be added to the permanent collection.

Kim obviously wan’t thrilled about her two sisters stealing her (slowly fading) spotlight, and decided to get her piece of the Kylie Cosmetics Lip Kit empire. Kylie Jenner released the news of her upcoming lipstick collaboration with big sister Kimmy with a short promo video on Twitter.

I hate to be the one to say it, but is anyone else a little creeped out? Its not news that Kylie has been trying/paying to get Kim’s signature look for years now. We’ve all seen the side by side pictures of the two sisters compared and with each new “makeup technique” (surgery) that Kylie has, the similarities have only become stronger. However, in this video, its uncanny how alike the two look, especially considering not only their 17 year age difference, but the fact that they only are half siblings.

At first, I was worried that the concealer-looking tone they both sport in the promotion was the only color that was going to be released. I’ll be the first to admit that I’m hideous in comparison to America’s sweethearts, so there’s a good chance that if they don’t look good in this super-neutral, I absolutely will not. Fortunately, it was announced that the revealed shade would be one in a four part KKW x Kylie Cosmetics collaboration.

The shades will all be in Kylie Cosmetic’s new Créme Liquid Lipstick formula, and are all a variation of nude. These shades seem light and perfect for summer, just a bit… similar. I feel like a frustratingly clueless boyfriend when I say that I really don’t see a huge difference between the KKW shades, and absolutely no difference between them and some of the ones previously released by the company (Exposed, Dirty Peach, Koko and Dazzle, anybody?) Kim is trying to really sell herself on being a “timeless beauty” with a “signature look,” but girl, c’mon, it won’t kill your aesthetic to throw in a bit of color once in awhile.

Each of the shades are named after Kim: Kimberly, Kim, Kiki and Kimmie; names that KKW is called regularly by her friends and family. While I’m sure that she was going for a strong, narcissistic, vibe combined with the similar shades, the similar names make the whole collection pretty boring. 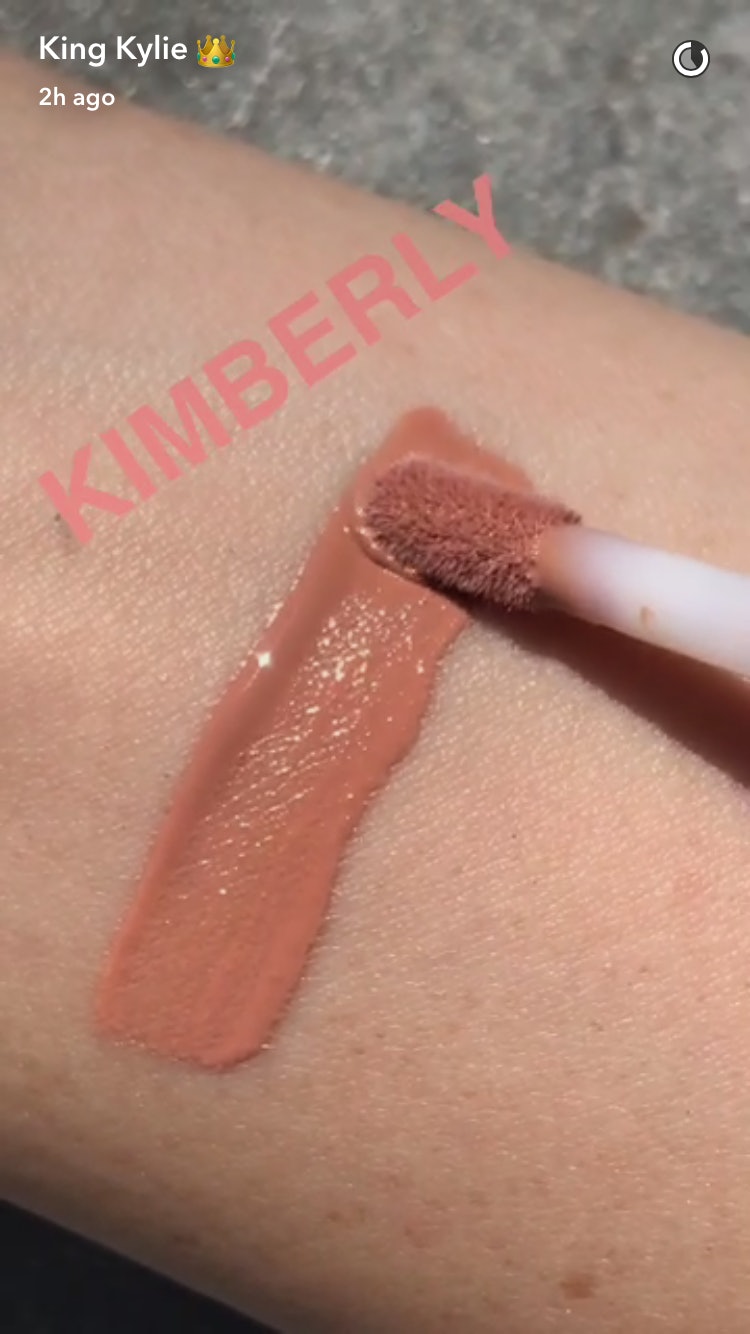 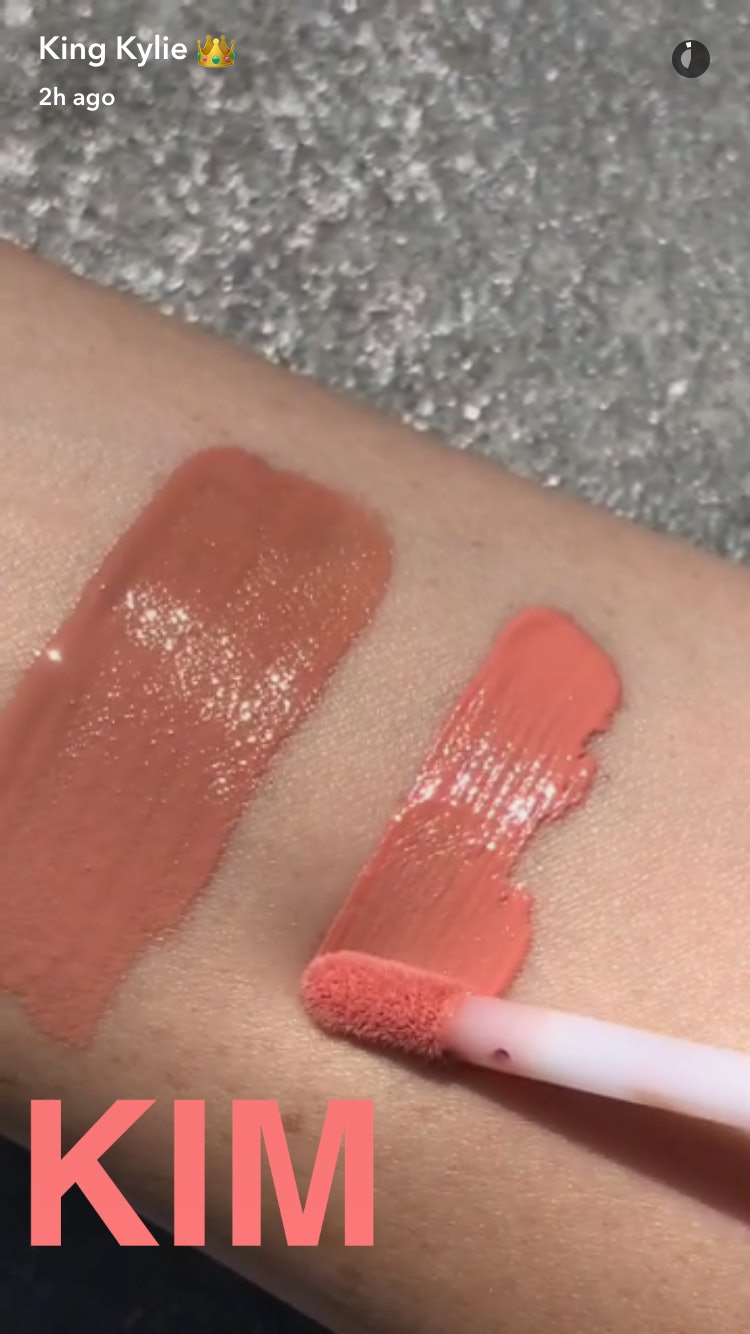 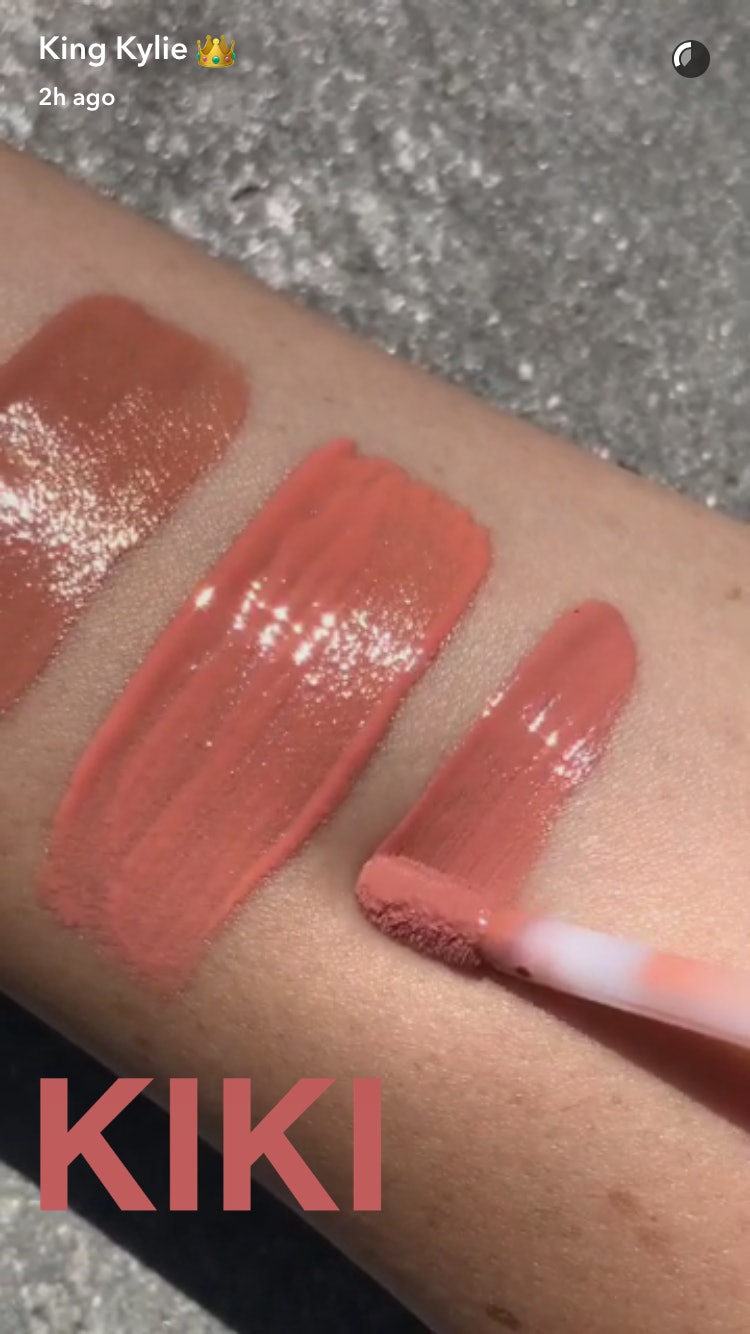 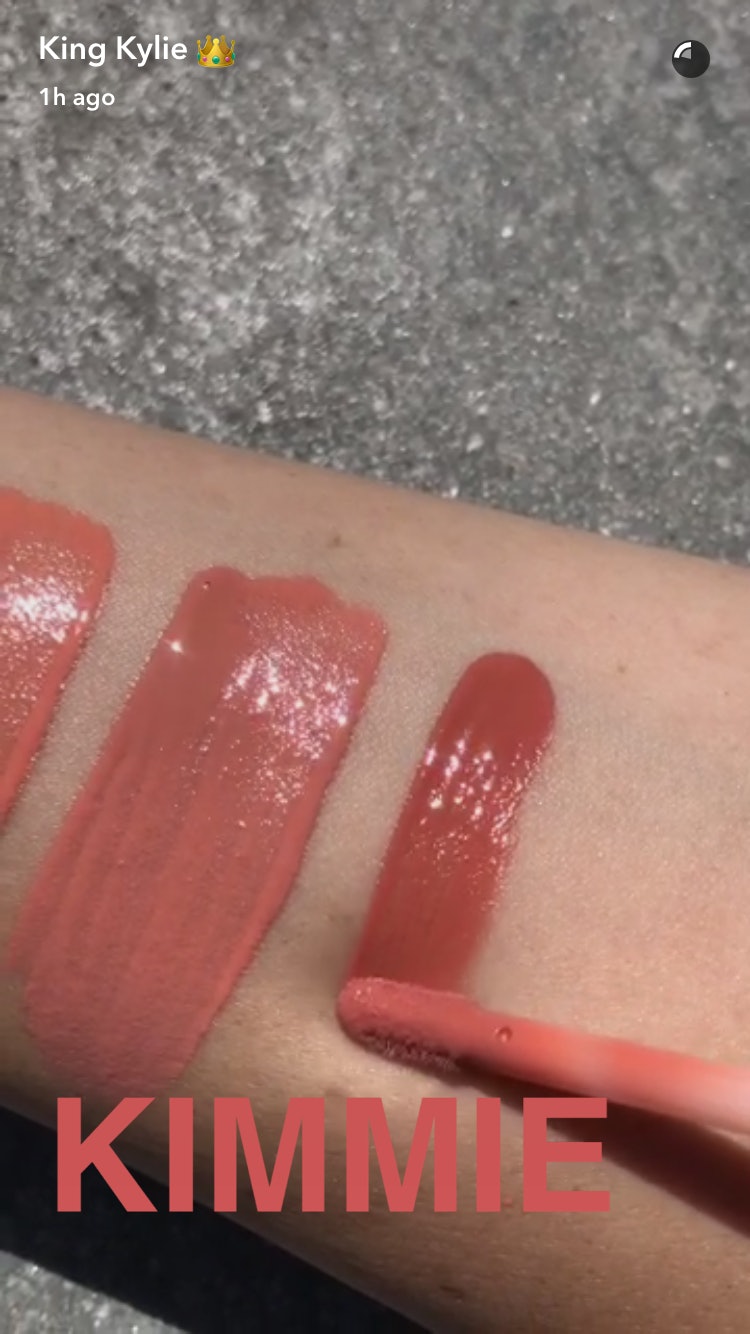 I own at least three lipsticks similar to each of these colors. However, if I already convinced myself to buy the same shade at least three different times (its all about the undertones), I doubt I’ll have the self control to resist doing it again.

Regardless of how this collection sells, or what we think, one thing is for certain, Kim still got a better deal than Kourtney, who’s namesake Lip Kit currently resides on the last page of Kylie Cosmetic’s website, sold out, with probably no intention of being restocked anytime soon..