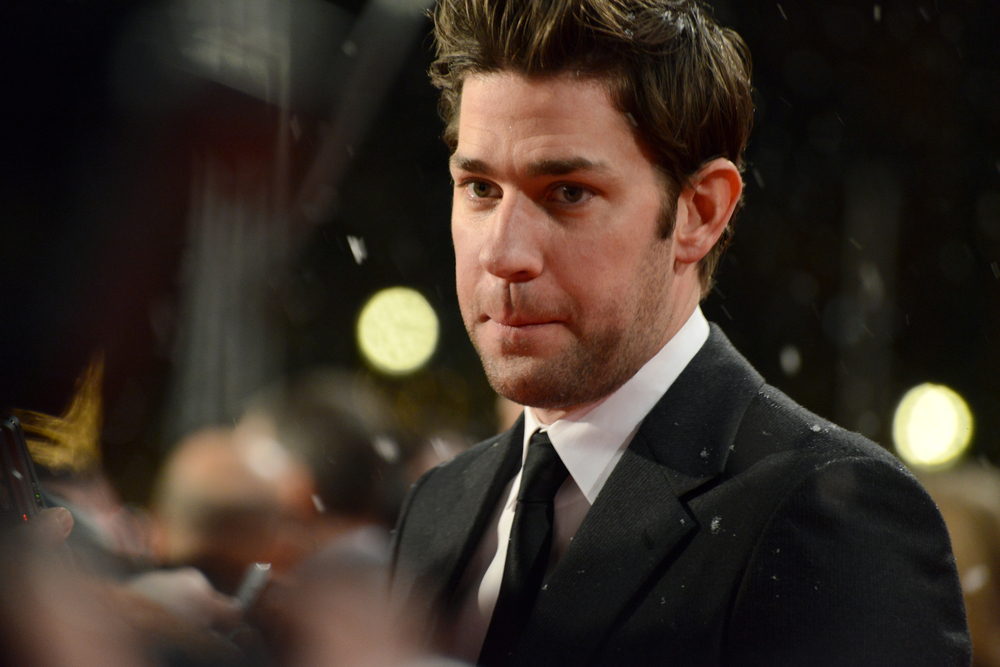 I’ve always had a thing for Johns. I’m not sure what it is that draws me to them, but I’m always quickly obsessed with any John/Jonathan/Jon/Johnny that crosses my path. From being little and seeing Grease for the first time, to falling in love with a pirate when I was in middle school, to finally, finding my own true love in a salesman for a paper company, I’ve been a John gal my entire life. Throw in a few random Johns, like the hottie at the ad agency and the hilariously boyish comedian, and it’s pretty apparent that Johns make the best boyfriends. Or pretend boyfriends. Or I’ll-think-about-him-while-I’m-crying-into-my-Lean Cuisine boyfriend. And sure, my boyfriend’s name is actually Jon (which is in no way a coincidence), but if I had to pick between him and number one on this list, let’s just say things in our apartment would get real awkward, real fast.

Let’s just cut to the chase. John Cena is, I guess, hot. He’s hot in a “you don’t want to have a conversation with him and the sex will most likely be mediocre but he makes you feel tiny so it’s sort of a turn on” way. When he does talk, it would most likely be about wrestling or workouts or protein, which is basically as bad as what normal guys talk about, but at least he’s got the mass to prove his arguments. Maybe he’d be a good boyfriend, maybe he wouldn’t. But if you’re not into the look of a man who ate another man and turned his body into solid fucking muscle, I have a feeling he might not be for you.

Sure, he’s old. But like a fine wine, or all of us when we’re under 21, aging just made him better. Whether he’s some sort of hot doctor or adorable uncle, he always makes you fall in love. Plus, something about those power positions he plays really get us going. Still, he’s far older than any serious boyfriend we’d like to have, and since he’s the same age as our dads, it’s bound to get a little awkward at holiday dinners. Besides, you don’t to be with anyone who’s more beautiful than you at the ripe age of 53, do you?

Hear me out. I know he’s old. And I know he’s gotten a little scruffy lately (and not exactly the hot scruffy). But Jon Stewart in his prime was really, REALLY prime. With his quicky wit, dazzling baby blues, and salt and pepper hair, he was the kind of man we’d be totally down to call “daddy.” Okay, maybe we wouldn’t be “totally down” but we’d do it because he’s Jon Stewart. Sure, he might be a little too old for us normies, but maybe it’s time we start dipping the pen in some older ink? (And by that I mean fucking old men, just FYI)

For the recond, I only want to talk about hot, young John Travolta. I know he got older. I know he got weird. I know he got work done and that Scientologists have all kinds of secrets on him. I don’t care. John Travolta in Grease was just about the hottest human who ever graced this earth. His smile. His effortless confidence and cool persona. His leather jacket and the fact that he banged all the popular girls. He was the reason we all starting loving bad boys, and he’s the reason we idiotically thought we could changed them. God bless you, Danny Zuko.

This guy is right in the middle for a few reasons. First of all, every single one of us hooked up with our high school boyfriends to Your Body Is A Wonderland. Every single one of us. We skipped school, we put on our seductive $60 teddies from Victoria’s Secret, we lit some candles, and we made lots of intense eye contact with the guys who ended up cheating on us with some slutty girl from our rival chapters come freshman year of college. Still, when we were 17 and ~making love~, JM was our sultry background music. Some people think he’s hot. Some people think he’s not. The truth of the matter is, he was the musical lube to our first loves, and for that we’re eternally grateful.

When it comes to having it all, John Legend is a prime example. He’s cute but not intimidatingly hot. He’s married to someone hotter than him so you just know he’s a tomcat in the sack, and he has the voice of a literal angel. Have you seen him with his daughter? They should sell greeting cards of that shit because it’s the sweetest thing. Besides, let’s be real. 10/10 of us wanna get with him so we can have a threesome with him and Chrissy, then get fed pasta in bed while lounging around being serenaded. If that doesn’t sound like heaven, it might just be hell. Either way, I’m there.

The strange sex appeal of Johny Depp will never be duplicated. Ever. Since he was a baby in the OG 21 Jump Street, he’s been the guy we want (after he showers off and really washes his junk). Whether he’s sweet Johnny with scissors as hands that still oddly seduces you, Secret Window Johnny, where his crazy passion and love of Doritos rings true to your heart, or, obviously, pirate Johnny, most all of us secretly want him in some way or another. First, he’ll say your name with his accent, then, with his strong, tan hand, he’ll cup the back of your neck and pull you close. His expert lips will land just a little too roughly where your warm blood pulses at your jugular. Your breath hitches as he —

Sorry, sorry. The point is, I’m arroused just thinking about it. He’s knocked down because he might actually be a piece of shit human. Still, at one time or another, most of us visualized Jack Sparrow when we had a date with our vibrating boyfriends.

Happy Birthday Eddie Murphy from me and @amtendler

First, you might be asking yourself, “Who is John Mulaney.” If so, shut up. Stop talking. Go watch him. He’s easily one of the funniest people who’ve ever graced this humor forsaken planet. He’s the perfect combination of dorky, cute, and self-deprecating, all while actually being pretty fucking hot. He loves being in a relationship, he knows how to laugh at himself, and he just seems like the kind of guy who would go down on you all the time just to make you happy. If there was a boyfriend checklist (and let’s be real, there is), he would meet all of the criteria.

Have you seen him? Have you *really* seen him. Giant penis aside (but like, we can’t REALLY put it aside because it’s a monster), everything about him is perfection. From his general bone structure, face that just begs to be sat on, and the fact that you just know he’s most likely sort of a giant dick — he seems like the kind of guy who knows how to give an ograsm. Like, a real one. Sure, the character he’s most known for, Don Draper, is a total asshole. But still, he’s an asshole we all want to be bossed around by. Everytime he tells some random girl to “shut the door” all of our libidos instantly stand at alert. No, he’s probally not going to buy you flowers or be the most faithful guy, but all’s fair in love and Jon Hamm’s pants.

… And for finding my shirt JUST after this picture was taken. Thank you @menshealthmag

I almost don’t want to put John Krasinski as number one on this list because I love him so much. The worst part is? All the rest of you bitches love him too. But the thing is, he’s sort of mine (which is, of course, how we all feel). We all fell head over vagina in love for him as a paper salesman, and we’ve never really gotten over him. Add to the fact that he became a total hottie lately, but he still maintains his boyish charm, it’s no wonder why I have dreams that he leaves Emily Blunt for me nightly. Hate it or not, he is and forever will be the perfect celebrity boyfriend. Now, if only he would realize that despite my looks, lack of celeb status, and overall abrasive personality, I’m actually perfect for him. Get your shit together, John.

So, ladies. All we need is to somehow turn into 10s, get really famous, and convince all of these guys to leave their really hot, really famous wives/girlfriends/fuck buddies. Easy enough..