The Pros And Cons Of Sleeping With The Hot Bartender 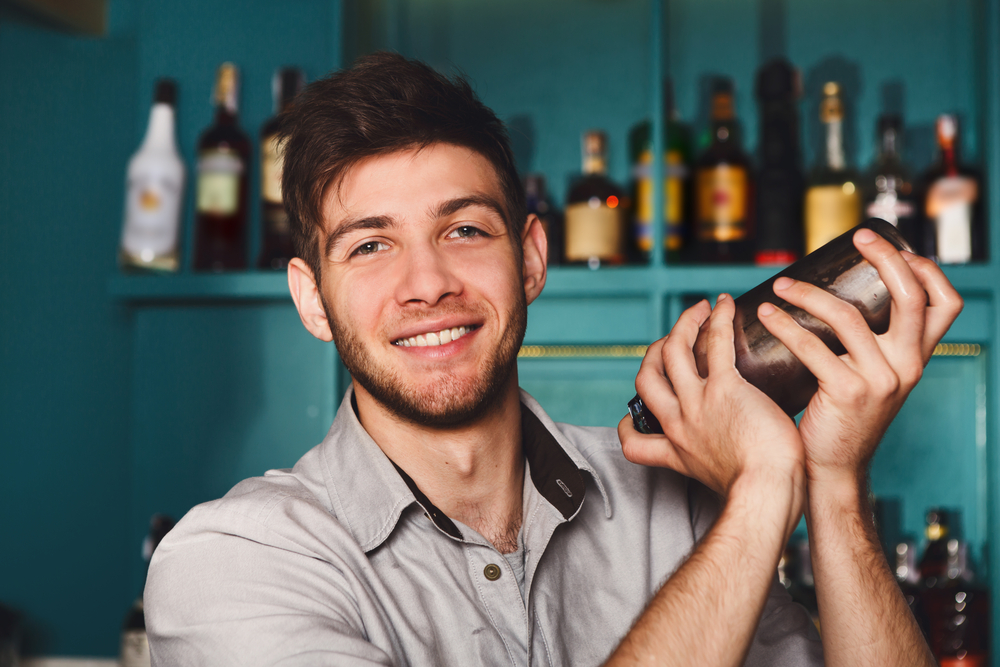 If hooking up with your favorite bartender isn’t on your senior fuck it list, are you even trying to graduate this spring? Because it needs to be, it really needs to be. As a proud senior, I have put a lot of time and thought into everything I need to do before I graduate and say goodbye to the most carefree part of my life. However, because I’m also an overachiever, I may have jumped the gun on some of my goals. In hindsight, maybe sleeping with the bartender I had been making flirty eyes at all summer should have been something that waited until second semester. Or at least, maybe now that we’re finishing off week two of classes, I shouldn’t also be finishing off week seven of jumping into bed with him.

Pro: Quick, Free Entry
This is assuming that the employees of the bar your future hookup works at are all friends. Chances are they at least feel comfortable communicating with each other. This is a great advantage for you if you don’t like lines, paying a cover, or feeling like a commoner. A single “I really want to visit you at work baby:)” text can do that for you. Plus nothing is better than staring down that girl you hate or your dick ex-boyfriend as you enjoy free VIP access.

Con: You’re Now Limited… At Least In This Bar
It doesn’t matter how many times you have the “we’re just casual sex” talk, no one wants to see it. You can’t expect to fuck an employee of any establishment, and then have a sloppy hookup in said establishment, in front of him, without him getting mad. This means that one bouncer you thought was cute? Off limits. That hot guy who is also taking some bullshit GE for the easy A? He’s gotta meet you somewhere else. That’s just your life now.

Pro: Guaranteed Free Drinks/Merch
Do you just love that super cute shirt this bar sells? You get one for free. Want a free drink without having to pretend to be interested in whatever bullshit conversation you’re having with a guy you’ll never let see you naked? Just walk up and be served one. Of course, it’s not like you had any trouble getting free shit before, but now it’s like candy. That’s a hard thing to step away from.

Con: He’ll Find Out Where You Live
This one might be specific to me, but it’s still a major con. Anyone who has ever lived within stumbling distance of their favorite bar is brutally aware of the shame that comes along with sharing that information. Sure, your friends will openly admit they’re jealous when you have the advantage of simply walking across the street and going home to use the bathroom with the bar’s line is too long, but to everyone else it’s just being super upfront about your acute alcoholism. Nothing says hot mess like being able to point your front door out to him while still seated at the bar.

Pro: You’ve Wanted To Since You Got Your First Fake
Unless he’s a newbie, you’ve probably had your eyes set on this guy for a while. All those nights, slurring while trying to flirt with him, buying him shots, and pushing your tits out to get his attention have all led you to this moment. The anticipation alone is enough to kill you. How many more weeks can go, trying to control your fireball fueled thirst towards him? You are of course only human, you want what you want. Unwrapping him is like the best present on Christmas morning.

Con: He’ll See You At Your Worst
Do you remember that one formal where you got too drunk and puked on yourself? And how your date had to take care of you and you cried? Yeah, that was embarrassing. The only thing that could have made it worse is if he wasn’t also smashed. Well, say hello to that fucking nightmare because that’s your new reality. If you’ve ever dabbed out enough at a bar to get kicked out, just take a moment to remember that shame. Now add in on top of that if your man was there to witness it. Now imagine him witnessing it sober… and being the one to kick you out. Not a good look.

Pro: Validation
There’s no greater feeling than getting the prize every girl wants. And who do these thirsty bitches have their hearts set on? Your man. Imagine the thrill of not only not needing to compete for his attention among the other whores patrons, but also knowing that no, Jessica. You are actually not “finally going to fuck that hot bartender tonight.” Because he’s going home with you. Suck it.

Con: Witnessing The Flirtation
Okay, so even though it feels amazing to win the boy in the end, the road there is still fucking annoying. Girls are going to flirt with him. He is going to flirt back. And you’re going to have to be okay with it. Sure you’d literally rather him wear a giant tshirt that covered up his broad shoulders and said something like “back off crusty ass hoes, I’m taken,” but you’re only real option is to grit your teeth and bear it. This sucks. This *really* sucks.

Con: You Could Be 86’d
Haha. Okay, you couldn’t handle the continuous flirting. You threw your drink in some random girl’s face for leaving him her number, and now you’re banned from your favorite bar. But, then again, at least it’s another good story?.