The Things I Intended To Do This Summer, But Never Got Around To 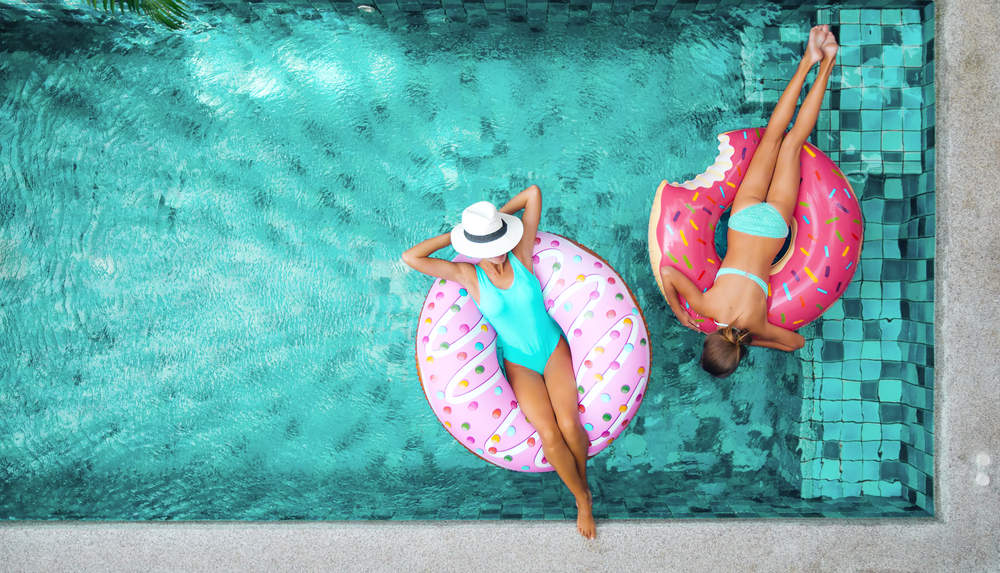 “What’s your course schedule like this year,” you friend, who obviously did not base her entire schedule around when bars have drink specials, eagerly asked.

“How the fuck are you already thinking about school? We literally just finished finals, and I still haven’t cleared my sea of crumbled study notes and pencils from the bottom of my purse yet,” you text back, resisting the urge to do it in all caps, just to prove a point.

“I’ve already bought my textbooks, and I know that planning is important to you, so you should probably get started on figuring out what you’re wearing for homecoming, rush parties, and Halloween.”

My head started to spin thinking about all I had to get done in such a short amount of time. At the start of the summer I had planned on actually being productive. I swore that this was the year I would actually get on top of my shit all summer, so that it wasn’t noticeable when I slacked off for the rest of the year. Who cares if I have nothing to show for myself come September when I have an arsenal of bikini photos that I can post throughout the year.

Seriously. Do you realize how long I waited for a wave to come hit me just so that I could post a picture with the caption “this is how hard exams are hitting me right now”? It wasn’t a coincidence that I had this picture. This was strategic planning, patience, and a good photo editing app.

Whether I was willing to accept it or not, though, fall was almost here. It wasn’t that I wouldn’t be relieved the second it stopped being mandatory to wear a swimsuit every day, and worry whether everyone else could notice that my foundation no longer matched my slightly tanned/slightly burned body. No, I couldn’t wait until every girl was put back on the same playing field of leggings, big sweaters and pale skin. It was simply that I swore to myself that this would be the year that I used my four months off to actually make my life better, instead of putting it all off until the school year (when it also probably won’t get done). Here are all of the things that I should have done this summer, but didn’t!

1. Get in shape
This one is so obvious, I hesitated to even include it on the list. After procrastinating going to the gym every day between January and May, summer time should have become crunch time (literally). I’m a realistic person. I know that months of saying “maybe tomorrow” to spin class and “make it a double” to the bartender wouldn’t give me a bikini body I’d be comfortable posting to Snapchat (a bold statement that screams to the world “I don’t need to edit my photos!). However, I was determined to at least look good in a one-piece. But the little voice in my head continued to say “It’s summer time! Relax,” and so I did, with a non-light beer in one hand, and BBQ in the other.

3. Update my social media accounts
Sure, it would probably benefit my future if I updated my LinkedIn account and deleted some questionable things that I tweeted while drunk and angry at a boy. However, I had bigger and better goals for this summer. I needed a new Facebook profile picture that would last me until next summer, and an array of bikini pictures to be posted throughout the school year, just to remind everyone that my usual hungover aesthetic isn’t what I look like all of the time. To top it all off, I really thought that this would be the time when the world realized that they were really missing out on something great by not following me on every form of social media, and skyrocket me to a Kardashian level of fame.

4. Land a man
I’m better this summer than I was last summer. Really. I swear I’ve matured, and become less crazy. I’ve developed the self-control not to call a guy when he doesn’t respond to my multiple texts, and I don’t remember the last time I cried in a bar (if waiting to do it in an uncomfortable uber ride home doesn’t make me a more mature person, IDK what will). I doubt that I’ve actually mellowed as a person and it seems more likely that these habits have developed out of necessity.

Regardless, I was convinced that my new, “not crazy” vibes would have at least scored me a summer fling who might attend my first few sorority events out of guilt. Every teen movie I religiously watched growing up told me that my 20s would be a time of hot summer flings, specifically with a foreign guy who had a sexy accent, or a bad boy who “isn’t looking for anything serious” that I end up falling for. I realize now that this was just fake advertising used to get me excited for the age where the closest thing most of us have to a long term relationship is our commitment to our go-to drink at the bar.

5. Eat healthy
This is a separate category from getting in shape, because I don’t mean eating healthy simply to look good (however that would be an added plus). Here’s my theory: there are two girls in the summer. The first being the type of girl who just loves fruits and vegetables. No matter how many tequila shots she pounded back at the bar during the school year, she magically transforms into a health goddess the second summer rolls around. She counts a perfectly-cut piece of watermelon as a meal, and is sure to act like she’s buying gold itself when she goes to the farmer’s market (and document the whole trip on social media). The second is the type of girl who doesn’t mind eating the same summer diet as her dad and his friends. She brings on the beer, BBQ and ice cream like a champ, knowing that it’s the only socially acceptable time during the year to do so. It’s not like her roommates would ignore the fact that she was three drinks in and eating a bacon burger the size of her head at 1pm on a Tuesday during the school year.

Can you guess which category I fit into? This summer I swore that I would lead the healthy diet of a girl who gets paid to promote fit tea on Instagram. I kept patiently waiting for some part of me to be genuinely excited about buying fresh kale. But there’s only so much I can fake and convincing others around me that my greens were just as satisfying – if not more – than their summer grill was too much to handle.

I guess there’s always next summer..