The Truth About Why Women Stay In Abusive Relationships 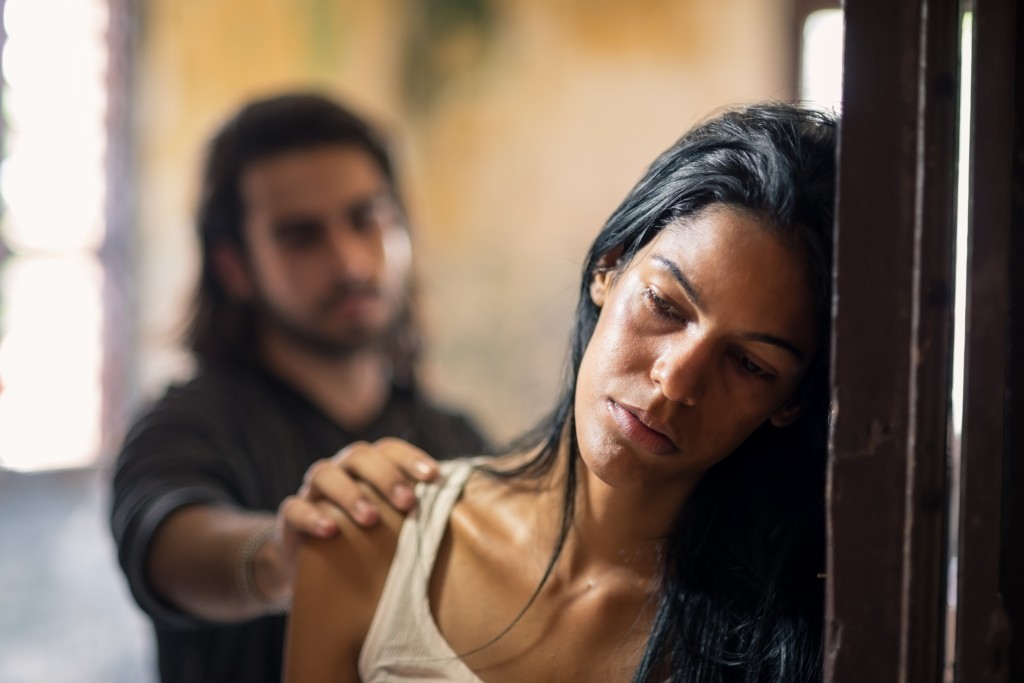 If you have been paying attention to the news, or you happened to glance up for even a second when your boyfriend was watching SportsCenter, or if you’re one of those ladies who actually watches and understands football (as opposed to wearing a cute jersey and clapping when everyone else does, like 90 percent of us) you’ve heard some really horrifying stories. Men are being charged with abuse, domestic violence, and, of course, there is the extremely graphic and stomach-clenching video of Ray Rice punching his now-wife in an elevator.

You want to believe that something is in the water, that this isn’t what the world is like, that football players are just giant freaks of nature. You also want to think that, while you feel bad, something like this would never happen to you.

You want to believe it, but you shouldn’t. The truth is, one in four women will experience domestic violence. Not one in four football players’ wives. One in four women. ALL women. And do you know which women are at the greatest risk for becoming victims? Women between the ages of 20 and 24.

That’s us. We are at the greatest risk.

And the thing is, while it’s happening, you might not even realize it. You might be so blinded with love, companionship, and the fact that the two of you looked at the Tiffany’s engagement ring website to fully grasp what is happening.

How could a woman (Janay Rice) who was punched unconscious by a man who then dragged out of an elevator not only defend him, but turn around and marry him? How could she stand up and apologize for HER actions in the event that left no physical or emotional harm to her now-husband? How could she even look at him ever again?

Why was she so damn weak?

Because we all do it, too. Every single day. We let our men, who are supposed to love us, protect us, and make us feel worthwhile, abuse us.

Because the truth is, it doesn’t take a punch in the face to be considered “domestic violence.” Domestic violence can be physical, sexual, emotional, economic, or psychological abuse. It can be him calling you names, forcing sex on you, or making you feel worthless every time he drinks. It doesn’t have to be a physical attack to make you feel like you’ve been hurt, and he doesn’t have to hit you for it to be against the law. Because that’s what it is–it’s against the law.

So now, think back. Has a guy ever abused you in any of those ways, but you brushed it aside? You said, “he just drank too much” to yourself and let it go? You knew he didn’t mean what he said, because he loves you. You love each other. Other people just don’t understand.

I said that to myself, too.

I said that to myself when my boyfriend of two years drove me home, berated me, and told me that if I spoke, he’d break up with me. So I sat in the car for an hour-long drive, listened to him say horrible, painful, awful things about me, said nothing, and cried.

I said that to myself the time we were shouting at each other and I asked him to leave my room and he didn’t.

I said that to myself when he covered my mouth with his hand and put me in a chokehold because he said I was “hysterical and needed to calm down.”

I said that to myself when we were at a party and he ditched me. When I found him, he told me to leave him alone and proceeded to push me. To the ground. Three times. I said that he loved me, even when my knee was busted open and I was bleeding everywhere.

I said that to myself when I was silently crying while taking physical and emotional abuse.

Because they loved me. Because we loved each other. Because other people didn’t understand.

How many of us out there say that to ourselves? How many of us put up with the abuse because we think it’s “going to get better,” or that he didn’t mean it, because he loves you?

Yes, maybe he does love you (he should, because you are amazing and lovable) and yes, I’m sure you love him. And maybe people don’t understand. And that’s okay, because the only person who needs to understand is you.