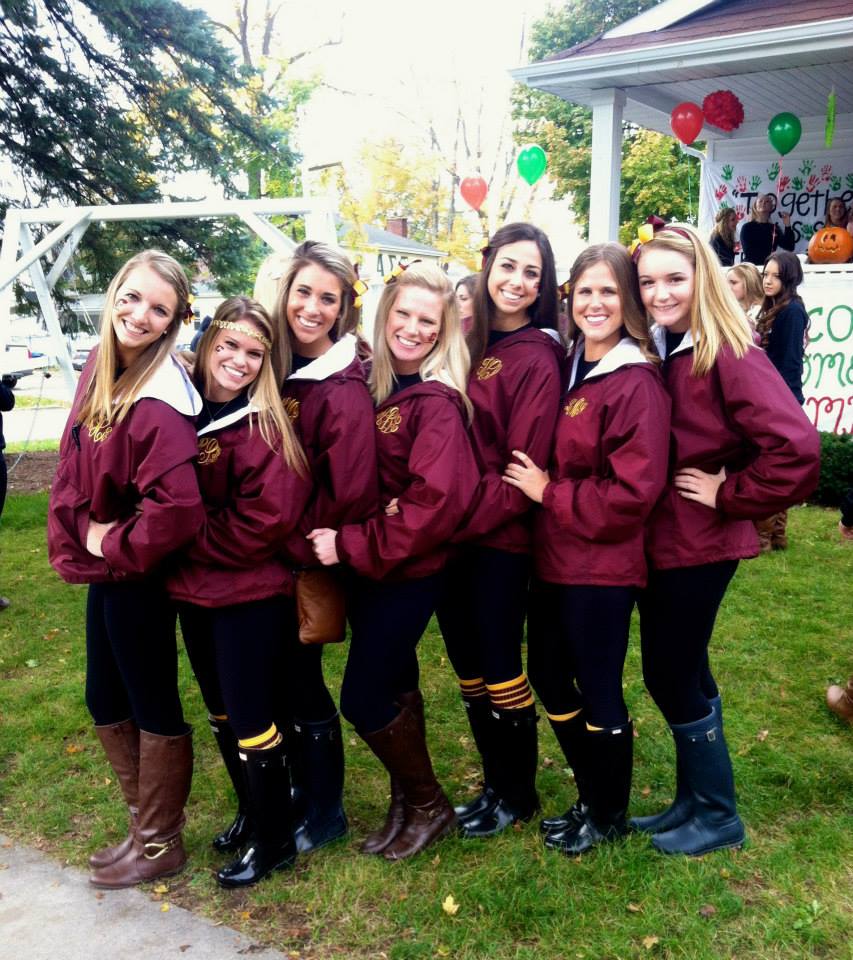 It’s the week before school starts. On one hand, you’re thrilled to get back to your roommates. They’re like your second family. And, let’s be honest, as much as you love your mom, she’s not doing shooters with you on a Tuesday night and you’re not telling her the details of last night’s hookups. On the other hand, your mom doesn’t leave her dirty dishes in the sink until they grow mold and throw a “last minute super small get together” of 50 people the night before your midterm.

The solution to this? A roommate meeting. As much as you may seem like a downer in the moment, you’ll be able to reference “the talk” you had, where you both agreed that you weren’t allowed to finish each other’s entire bottle vodka and “borrow” each other’s $500 shoes without asking. I’m not telling you to go in there with a stack of papers (however, your Lilly journal might be acceptable) and force them to sign contracts. Go in with an open mind, and focus on discussing the things that are important to you. In college there are so many bigger things to worry about (school, graded, what you’re wearing to Friday’s frat party…), and you shouldn’t be wasting your time stressing about whose turn it is to take out the trash.

Here are the six points you should try to cover during the meeting. If you hadn’t thought of some of these points, you’re welcome. And if you’re wondering about my credentials; I live in a house with six roommates (some of them being messy guys) and two dogs… someone needs to keep them all in shape.

I’ve had roommates consider me bringing over two girls from class to study an outrageous party, and others who have brought over 40 people and told me they were just studying (with club-level speakers playing and beer pong – productive!). Chances are, if you’re friends with your roommates, you might already know this, but first clarify what everyone considers to be a “party” (or something that would cause an equal level of disturbance). Then clarify how much notice in advance you should give, and how to divide cleanup.

In Holly Madison’s tell-all book about her time at the mansion, she recounts the constant stench of urine from all of the untrained dogs that the other girls owned. As cute as it may be to have a pet, all of your roommates need to agree first. Since you’re living together, you won’t be the only one kept awake at night by your baby’s howling and chances are, your shoes won’t be the only ones your puppy steals to chew on.

As cute as it may be to have a boyfriend, all of your roommates need to agree first. Since you’re living together, you won’t be the only one kept awake by your baby’s “howling” and chances are, your food won’t be the only food your boyfriend steals to eat (probably on your roommate’s plate too). Discuss how often significant others should be allowed to sleep over, and what your boundaries are concerning sharing space, utilities, food, etc.

If you’re the single one during this talk, try to keep in mind that you may have to live by your own rules in the not so distant future. As easy as it may be now to set a once a week limit on your roomie’s annoying DJ boyfriend who needs to take 45-minute showers daily, it might be hard to stick to the rule yourself when you’re in the honeymoon phase (read: need to have sex at least twice, daily) with your new beau.

In my eyes, there’s a big difference between taking a squirt of ketchup from a roommate and eating all of the leftover pizza she had in the fridge (that, for the record, she had come home very excited to eat after the bar). However, I can also tell you that some people get really defensive over their ketchup. Check with your roommates about what food is ok to share, and what is completely off-limits. Gauge how uptight they get about sharing their food, and then plan your ketchup stealing accordingly.

I hate to sound like a Monica here (only one FRIENDS mention in an entire post about roommates — that’s probably a record) but having at least some level of organization and cleanliness in your house is important. The last thing you want is to have a frat guy over, and have him feel good about the state of his house in comparison to yours. Being in college, I know that your house won’t always look catalogue perfect, but at least agree to have it clean enough that if your mother came over, she would feel comfortable sitting down somewhere.

Set up a chore chart, or find another way to divide responsibilities. Try to think of everything that needs to be done, to ensure that one thing doesn’t go untouched until the point you need a Hazmat suit to clean it. Come to a solution about how to deal with someone when they don’t do their designated duty, so that you don’t need to personally decide what level of wrath to give them for not doing the dishes (level one: passive aggressive text, level ten: posts photos of them in grade seven as a “funny #tbt”).

Our kindergarten teachers taught us that “sharing is caring,” however, when it comes to my shoes, I care about them more than you do, and I’m not sharing. Think of what you own, and what your roommates may want to borrow, and discuss rules about sharing: if you’re allowed to, if you need to ask permission first, etc. Remember that if you don’t let your roommate borrow your tank top, she’s probably not stupid enough to let you borrow her formal dress.

Of course, there will be things that you forget to talk about. It only takes once for your roommate to print out 200, high definition, colored, posters for her club’s bake sale on your printer to let you know that you need to add “printer” to your list of “what’s mine is mine” items. Sometimes you have to roll with the punches. .