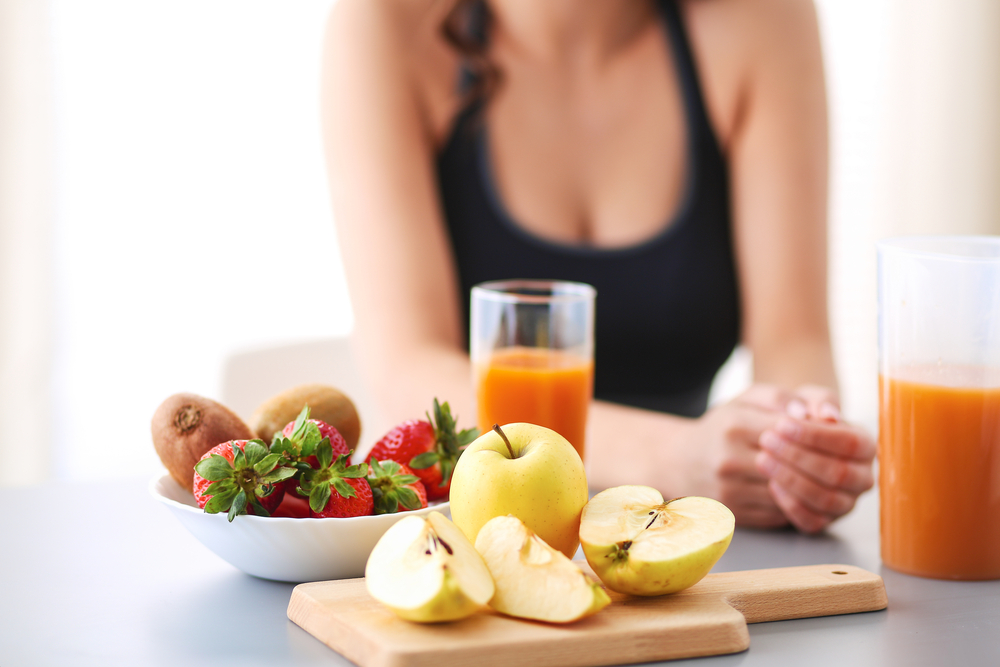 I’ve officially kept my New Year’s resolutions for an entire month. Maybe this doesn’t seem like that much of an accomplishment to you. It’s quite possible that I am simply a sloth of a human being, who, for the past 21 years, has been unable to actually stick to the shit she swore she would do “next year.” However, the dwindling numbers of attendees in my hot yoga class — which went from so high I could feel the person beside me sweat to low enough that I don’t fear concussing the girl behind me — tell me I’m not the only one who’s had difficulty sticking to her resolutions.

My resolutions weren’t anything uncommon. Honestly, like most basic bitches, who also have anxiety and an intense fear of failure, my main resolution was pretty simple: become an all-around smarter, skinnier, prettier, and hey — maybe even nicer (though this is definitely not a priority) person. Here are some revelations that I’ve had while trying to make myself into less of a garbage person:

1. It’s fucking expensive
I really hate to be the stereotypical college girl who whines to her parents, saying “I spent all of my money on food,” while she really spent it on makeup and alcohol, but this time, I really did. Eating healthy, and being healthy isn’t cheap. The diet I’m on requires you only buy fresh produce that fits into a specific set of guidelines and rules. Trust me, my bank account was a lot happier when I was able to snack on something that was likely garbage, came from a truck and cost $1, instead of being that bitch who’s willing to spend more money on an already overpriced salad, just to add protein. A night out at the bar is cheaper than a night out at a fancy workout class, and, the price of a little black dress from Forever 21 is considerably cheaper than the sweat-resistant, butt-lifting leggings I wear to the gym — but is it really a surprise that I’d rather impress the judgey fit girls in my gym class than drunk frat guys at the bar?

2. I feel like I have no social life
Between actually starting my study notes weeks in advance, meal prepping, and spending a considerable amount of my day not being garbage, I don’t have a lot of time for anything else. Don’t get me wrong, having healthy, happy, fulfilling friendships was also a goal in my “get your shit together” life plan. However, since lasting a month as a kale queen, I’ve noticed that a lot of the things that I do for fun with my friends are pretty unhealthy. Believe it or not, I’ve found the best way to ruin a perfectly good bottle of wine — input it into your calorie tracker. Skipping late night pizza dinners and a night of heavy drinking “just for fun” should be worth it in the end, but there’s also the constant fear that once I fit into my jeans from high school, I’ll have no one left to comment on my Instagram photo.

3. I actually need to take time for myself
Like many other keeners, the first week of my “new life,” I had no life: I swore off Netflix, wasting time, and doing anything that isn’t directly productive. The issue is, that doesn’t last long — and is likely the reason that many people quit their New Year’s resolutions after such a short period of time. It’s not just fucking exhausting going from a garbage person to one that likely has multiple Pinterest boards, but it’s impossible to do so dramatically. The longer that you’re “on,” the more likely you are to completely “shut off.” While I’m not encouraging you to cancel your day and sit in bed all day because you’re tired from meal prepping, I do think it’s beneficial to find a middle ground. Watch some TV while cooking your kale, to avoid going crazy, or becoming that self-righteous bitch everyone hates. Whichever comes first.

4. Results likely aren’t going to happen overnight
Here’s a perfect example: after suffering on rabbit food for a little while now, I went shopping. I decided to rip the bandaid off, and go straight to bikini shopping, knowing that I needed something for spring break. Miraculously, the first suit that I tried on didn’t just fit, but, it looked good too. I was in and out of the store within 15 minutes, and avoided crying in the change room. Feeling good enough to eat a cauliflower-crust pizza, I decided to tackle another fear: jean shopping . I grabbed my usual size, secretly hoping that they would be too big on me. They fit the exact same GD way. Disappointed? Yes. Turned off enough to quit? Nope..