What Your Basic Bitch Accessory Says About You 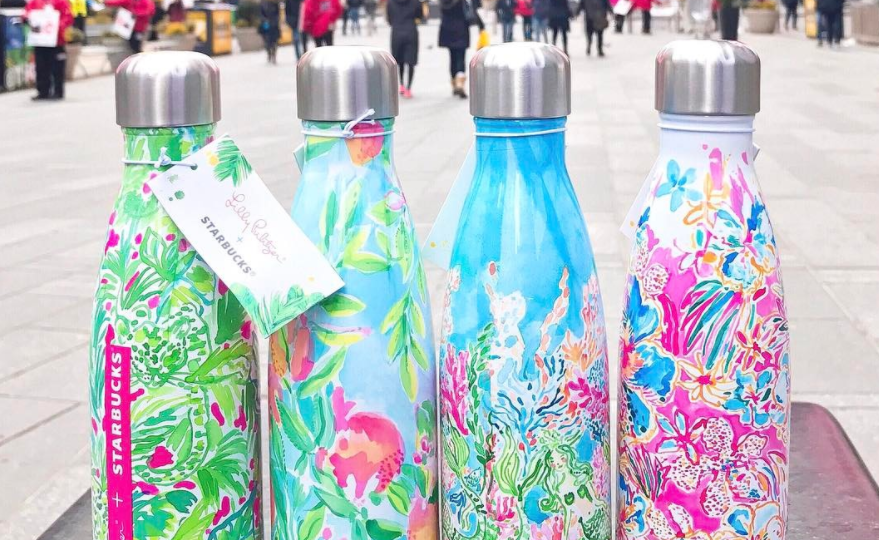 Some of us have embraced our “basic bitch” label with pride, while others with shame. Either you reference how basic you are in at least every other overly-filtered Instagram you post, or you roll your eyes and act pissy every time someone points out that your leggings and All-Stars combination doesn’t make you look fat… it makes you look basic.

Whether or not you identify with being a basic bitch or not, if you own any of these accessories, you’re telling the world that you are:

Marble Laptop Case
You learned some basic coding back in middle school, when you made it your life mission to get a thigh gap and become Tumblr famous. Since then, you’ve taken every chance you get to call yourself a “nerd” or a “tech geek.” You were able to help a few frat guys with their first year computer science homework, and spent half of time giggling, saying “I’m such a loser for knowing this!” On more than one occasion, you’ve debated buying fake glasses, just to add to your aesthetic. You literally always have the latest iPhone, and the newest MacBook (which you promptly covered up with a marble case), and it’s not just because your parents spoil you… its because you’re just such a nerd!

Starbucks Macchiato
You’re busy. Like so so busy. You love reminding everyone that you’re in a smart-sounding program, like finance, and constantly compare yourself to Elle Woods every second that you get. There’s a good chance that the person who’s forced to sit beside you in class hates how wired your pink-wearing ass is at 9am, after you’ve had at least two of the goddamn things, but honestly, that’s all part of your charm. You’ve ruined at least one Lilly Pulitzer planner this year by spilling coffee all over it, and you more than likely tweeted about the whole ordeal.

Louis Vuitton Speedy
You still have access to your father’s credit card. Hell, you’re probably double dipping and have access to your daddy’s as well. Even though it’s no longer 2007, you swear your Speedy is still a timeless item and on more than one occasion you’ve worn it, instead of a more appropriate clutch, to a formal event. After all, you strongly believe that there is nothing fancier than a logo! I’ll slow clap for you if you’re still rocking your Tiffany choker necklace, and rolling your eyes at anyone who calls it “passé.”

Kylie Lip Kit
You’re just sooooo into makeup… or ask least into overlining your lips, all in the name of Kylie, of course. To be honest, you don’t always know what the hell you’re doing with your makeup most of the time; however, you know that you can’t go wrong with a nude lip that you can’t differentiate between the other 15 you own. Regardless, you over-apply your bronzer, apply your lip kit, and drop hints until your friends compare you to one of the five sisters.

Unicorn Fucking Anything
At first you might have been cute… even quirky with your unicorn accessories and obsession. Then, probably around the time that the unicorn emoji or the unicorn frappuccino came out, you started becoming annoying AF. You probably have at least thought about dying your hair some shade of pastel (that would definitely ensure that you don’t get to work at your dad’s law firm this summer). At this point, you’re unsure if you’re trying for a “cool” trendy girl vibe with all of this mythical creature nonsense, or if you’re still trying to act innocent, girly and immature, because what’s a more 2017 way to get a guy then to call him daddy while holding a plush fucking unicorn.

Rosé
There’s absolutely no doubt in my mind that you have a “Rosé All Day” sweater and that, at least on one occasion, you have taken an Instagram photo of yourself, in your sweater, drinking Rosé. You become incredibly defensive every time someone claims that it “isn’t real wine,” as they’re basically insulting a core part of your personality. Think of how much your average frat guy loves and obsesses over beer – that’s how much you love rosé. However, you could never date a beer drinker. The thought of some guy saying “babe I’ll go get us drinks” and coming back with a beer, instead of something pink, keeps you awake at night.

Pom Poms
You’re peppy, you’re loud, and you’re proud! You more than likely easily transitioned from your high school cheerleading team to a top tier sorority, that you never had a doubt that you would get into. Or more than one occasion during rush you rolled your eyes at the girls who cried and acted nervous. You spent less time listening to what the different sorority’s requirements were, and more time scoping out your potential new room. There’s a good chance that you own at least one of the following items: a colorful Mini Cooper, a small dog, glitter letters, a frat president boyfriend, and an entire wardrobe of Kate Spade.

Lilly Pulitzer
The number of Lilly Pulitzer shifts you own directly correlates with how prestigious your position in your sorority is. One or two dresses? You probably handle social media, or risk management (c’mon, we totally don’t drink at frat parties). Five to ten? You definitely have some power. Maybe you have the authority to decide whether or not your recruitment theme will be a winter wonderland or a fall forest or maybe you have the confidence to tell John for Sigma Kegger Polo that you will not be participating in a lingerie themed mixer. Twenty plus? You might as well be the GD sorority president..