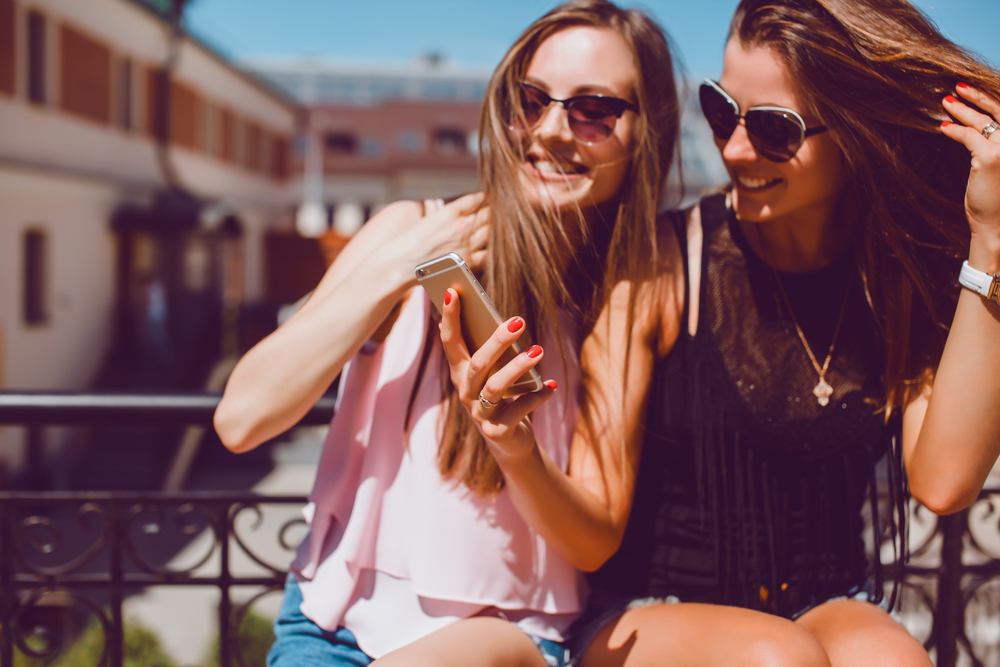 Commenting on your friend’s Instagram posts isn’t just crucial to using everyone’s favourite social media platform. It’s basically one of the rules of sisterhood. Not only are you boosting their posts, to ensure that they look popular and fun in front of their followers (but, primarily for the boy that they want to be creeping them); but so that you do as well. If you commented three fire emojis on Ally’s last selfie and she doesn’t respond with the exact same fucking thing on the bikini picture you post three days later, not only is she dead to you, but she may as well be blocked too.

However, what you decide to comment on your friend’s pictures is just as revealing about your personality as it is about your relationship with the poster.

Hot, Hott, Hottie, etc
This comment is more than likely automatically suggested by your phone the second you go to write something. Sure, your friend looks good, but you can see right through the photo editing apps that she used to get that clear skin or hourglass figure (mostly because you use the exact same ones). You know the agonizing process that she more than likely went through to get this picture – the hundreds of shots, the process of physically moving all available lighting around the room, and spending an absurd amount of time pretending you know how to photoshop. She at least deserves three little letters for all of that dedication.

A Singular Heart Emoji
Maybe you used this on a picture from your sorority sister’s GDI roommate that you met once, or the girl that your boyfriend insists of being friends with (keep your enemies closer, amiright?). Regardless of the situation, this comment is the quickest way to show that you don’t give a shit about someone, but you’re pretending to because you really need to up the number of comments on your own pictures. These people might as well be internet friends at this point, because there’s no way in hell you would hang out with them IRL. Sure, your mom warned you about making friends online, but she doesn’t realize the importance of getting likes in the triple digits.

OMG can I be you?
You more than likely do not actually want to be this bitch unless you’re one of those weirdos who comments on celebrity and Instagram models’ accounts (in which case, please get a life, or a hobby, or laid). Sure, Sheila may have a six-pack that she’s flaunted literally every chance that she got this summer, but you also know that even with her rock hard abs she’s still having a hard time getting her douchey frat boyfriend to stop attending your rival sorority’s themed parties that always have “ho” in the title. The more you think about it, the more you actually really don’t want to be Sheila.

We need to hang out soon!
Honestly, if I wanted to hang out with you I would text you, Facebook message you, or even fucking call you like some type of lunatic. The last thing I would do is comment on your Instagram photo. This is the modern day version of saying “we have to get coffee sometime” when you awkwardly run into someone you’ve purposely been avoiding. It is an unwritten rule that not only will you not be getting coffee, but neither of you will try to follow up on these fictitious plans, and thus avoiding playing a game of chicken to see who will be the first one to admit they don’t actually want to hang out. If someone comments this on your Instagram photo, do the decent thing and comment back “yes, definitely!” and never think about them again. Please, don’t text them to follow up, and for the love of God, don’t make the rest of us feel awkward by trying to make plans in the comments section.

Cute lipstick!
There is nothing redeemable about this picture. If someone comments this on your latest picture, you should really consider taking your post down immediately. This is the virtual equivalent of saying “you have a really nice personality.” You’re trying to be a good person, by leaving a comment, and being a supportive friend, but unfortunately there’s no way to tell someone that they’re really funny, or sweet, or nice from a selfie without being obvious AF. So you do the next best thing, and comment on something other than their face. The lipstick is cute, really, it’s the rest of your face that isn’t doing it any favors..