Why Boys Don’t Like You, According To Your Horoscope 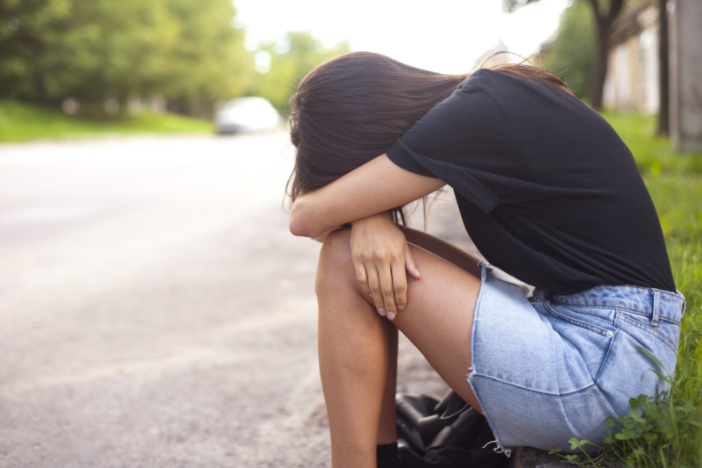 You know what doesn’t make sense? The fact that, even though you’re pretty, smart, funny, cool, charming, hot, adorable, and humble, boys just don’t seem to like you. No matter what you do, it never works. You pretend to like beer? They run away. You try to talk sports? They run away. You give blow jobs out like it’s not a totally horrible way to pass the time? They stay until they finish, then they run away. It sucks, and you probably spend a decent amount of time wondering “why the fuck is this happening?” Don’t worry — I gotchu. Mars and Venus got drunk and started gossiping with Mercury and they totally spilled. Here’s the reason boys don’t like you, according to your horoscope. Besides, if it’s written in the stars, it’s not *totally* your fault, right?

Sure, you’re quick to spark male interest with your cool girl personality and your dirty sense of humor. You’re always the first girl to jump up and dance on the bar, volunteer to take body shots off of your best friend or call next on a game of beer pong. With your sharp wit, constant need for attention, and never-ending thirst for adventure, most guys just can’t keep up. Besides, if we’re being truly honest, the thought of being tied down in a relationship lowkey freaks you out. Being tied down in the bedroom is a whole other story though…
tl;dr: You’re not exactly committed to the whole commitment idea.

Between your classic good looks, your proficiency in baking, and your desire to make some poor guy your #MCM, you’d make the perfect girlfriend. While finding interested parties is never hard for you, keeping them around sometimes is. The problem? You like to make things official just a little too early. He’s still deciding whether to take you on a third date, and you’re pinning rings that you think could totally be in his budget. Besides, it’s no secret you know his sister’s name, job, her spouse’s name, his parents’ jobs, potential net worth, and his ex’s social security number. Sure, you can do your best to hide your crazy, but sometimes people can just smell it on you.
tl;dr: You’re a closet crazy girl.

Do you text him every hour on the hour? If he doesn’t text back, do you call him until he picks up? Do you ask him who every girl is that likes his Instagram pictures? Why are you two not Facebook official? And what about his profile picture? Is there a reason you’re not in that? Who is he talking to on his phone? Is that his mom? It’s his mom, right? Did he tell her you said hi? Why didn’t he tell her? Does she not know about you? Does she not like you? What the fuck is that about? It’s not so much that you’re clingy it’s just that, well, yeah. You’re clingy. Still, it’s not your fault. You just love him SO MUCH!!!!
tl;dr: You’re clingy af.

Men tend to gravitate toward Leos, and for good reason. With their naturally creative minds and their free-loving ways, they give off an air of passion much like a siren call. While their rooms are full of records purchased at places other than Urban Outfitters and covered with drawings and random knickknacks, they usually aren’t as free-spirited as they seem. They put those records there so you would see them. That knickknack? Was given to her by an ex whose life she sought out to ruin. While she’s all about having great times with lots of different people, that expectation isn’t mutual. Expect to be told how, when, and where she wants things, or see the scary side of her creativity.
tl;dr: You’re sort of a bossy ass bitch.

Honestly, I’d love to say there’s some creative reason why guys don’t like you if you’re a Virgo, but it’s just too cliché. It’s not that guys only want sex. And it’s not even that you don’t have sex. It’s just that, well, you have a lot of rules concerning sex and/or relationships. He needs to wash his hands before touching you. He needs to shower before looking at you. He needs to gaze into your eyes the entire time you do missionary. And yes, you only want to do missionary. If he doesn’t say “I love you” five times after, he probably hates you. While you might not actually be *that* picky, you’re pretty critical about who you date. Which means, by the time you get to the point that you’d invite a guy in your bed, you probably already hate him and just ask him to leave.
tl;dr: You only get down on your knees for God. Basically.

Let’s cut to the chase — you’re just about as perfect as it comes for a girlfriend. You’re charming and easy to get along with, so all of his friends love you. You’re always thinking of sweet things to do for him, like stopping by his place with a six-pack of beer or making him dinner when he has a late class. You’re fine with relaxing when he has a hard day and celebrating when he has a great one. The problem isn’t you. It’s him. You need romance like you need air to breathe. So, as you’re spending all of your time thinking of new, cute ways to surprise him, he’s lapping up the attention without realizing you expect him to return it. By the time he does realize it, you’re most likely off with whichever one of his friends bought you a drink first. It’s not straight out of Nicholas Sparks book, but it’s close enough.
tl;dr: You’re a die-hard romantic in a land of “wyd” texts at 2 a.m.

Sure, you’re hot, magnetic, and everyone who has the honor of hooking up with you says it’s the best they’ve ever had. It’s all true, and you know it. You realize you have a power over people. But while you’re busy pumping intensity into the world, you expect just as much back from the person you’re seeing. So, naturally, when they can’t keep up, you get pissed. And jealous. And suspicious. You program your fingerprint into his phone when he’s sleeping. You delete every female from his contact list. You consider getting his name tattooed on your body. It’s not that you’re like, obsessed, or that you like watching him sleep, or that you’ll make his life miserable if he ever tries to leave you. It’s just that, well, if he does try to leave you, you’ll fucking find him.
tl;dr: You’re like, way intense.

While most of the time you’re a smart, level-headed person, when it comes to love, all bets are off. It’s not that you don’t trust your feelings. Quite the opposite, actually. You’re so optimistic and trusting of your feelings that you sometimes just assume everyone else feels the same way. I mean, why wouldn’t he like you? You’re pretty and great and fun. So, you tend to choose friends over him all of the time and sometimes care more about Snapchatting him than actually being with him. It’s not that you don’t care about his wants or interests, it’s just that you care about your own more.
tl;dr: You’re just a teeny bit selfish.

Though they’re funny, ambitious, and hella smart, time and time again Capricorns find themselves stuck in the friend zone. They’re besties with a guy, and they think he’s going to finally make his move after months (or years) of waiting, only to see him leave with some other girl. Yet again. Why does this happen? What are you doing wrong? While you might be thinking you’re making it clear how into him you are, he has no idea. You think brushing his arm at the bar showed him you loved him but that he rejected you. In reality, however, he didn’t even notice. Stop writing off the relationship before you even make it clear that you want one.
tl;dr: He literally has no idea you even like him.

It’s always the same situation. Things are going great with you and whatever guy you’re seeing. He thinks you’re funny (true), ~different~ (also true), and you get along really well. And then you have your first disagreement and things go to shit. It’s not because you’re a raging bitch, it’s just that, for some reason, he thinks his perspective is right. When it’s not. You’re right. You’re always right. And the second he questions that, you start to question the whole “relationship.” So, what do you do? Do you talk it out? Agree to disagree? Lol, nah. You give him the silent treatment until he gives in or you give up on romance.
tl;dr: You’re stubborn as hell.

Thanks to your compassionate soul and sensitive nature, you’re passionate about almost everything in your life. Like, really passionate. When things are good with a guy, they’re really good. But when they’re bad? They’re fucking baddd. You’re not good at hiding your feelings or even evaluating them really, so most of the time you communicate them by either crying hysterically or yelling at him. Then, you’ll seek comfort from whoever will pay attention to you next. Sure, you’re a little dramatic, but he wasn’t exactly complaining about it when he asked you to come over at 2 a.m. every night last week.
tl;dr: You just have a lot of feelings.

Don’t worry. If we all suck, they have to just settle for some of us eventually..