Your Ideal V-Day Date, Based Off Of How Long You’ve Been Dating 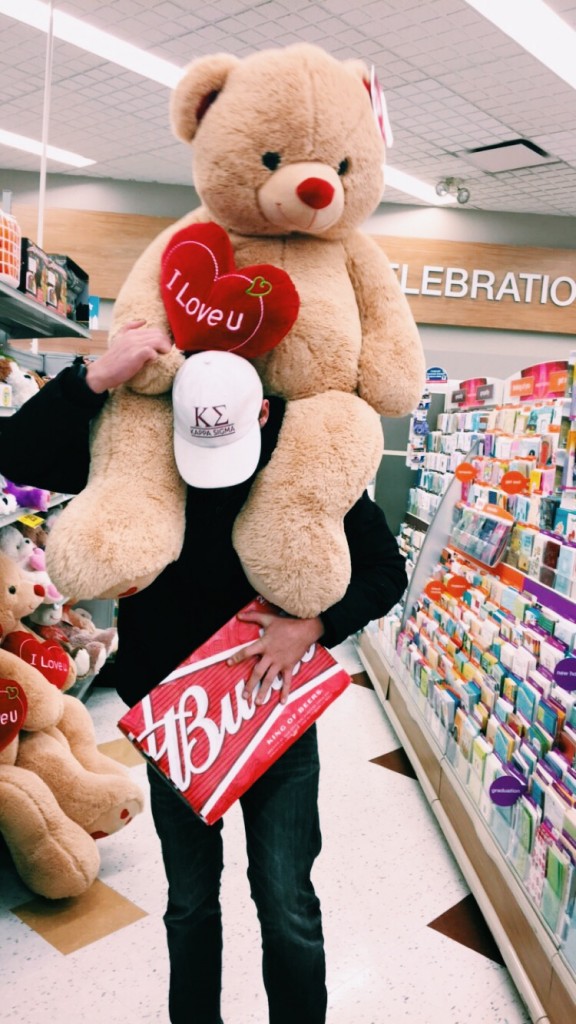 No one actually likes Valentine’s Day. Every girl spends week in advance scanning the Tiffany’s catalog, and saving photos of overpriced flower boxed from Paris on Pinterest, only to be disappointed when her boyfriend shows up with grocery store flowers and Dollar Store wonky teddy bear, expecting you to be clad in Victoria’s Secret lingerie (FYI, it’s a hell of a lot more expensive than that teddy bear) ready to give the best head of your life.

While it might sound materialistic, it’s a Hallmark holiday to begin with. So to give all of you fair warning; that necklace that you’re picking up from the bargain bin, or the coupon book that you’re planning on gifting, because you can’t think of anything else to buy, could be the make or break of your relationship. To avoid all of the possible landmines that come along with the day of love, your safest bet is to distract both of you all day with a date. The last thing you want is to let the small fight over “what idiot buys dark chocolate” escalate into “I hate your b*tch of a mother.” Here are the best dates, for any stage of your relationship, to hopefully distract from this day of hell:

You’ve been talking on Tinder
You’ve talked enough on the app to ensure that this guy isn’t a serial killer; however, you’re skeptical about the abs that look vaguely photoshopped in his profile photo, and something about him screams “I still keep Legos in my bedroom!” Ask this guy out to a bar; since you already know how this “date” is ending (with you in his Star Wars sheets), you might as well get drunk beforehand. The bar will be relatively empty too, which is a bonus… because even you can admit that it’s pretty sad spending Feb 14 downing tequila shots.

You’ve been dating for two weeks
Chances are, if it’s only been two weeks, at least one of you is still seeing other people and it’s most likely not you. I’m sure that your best friend, roommate and mother have already told you this, but don’t get your hopes up on a big romantic day with this guy. Let’s hope that you’re rational enough to realize that it would be creepy if this relative stranger pulled a grand romantic gesture. However, you don’t want to let him think that you’re one of those chill girls that doesn’t expect anything on Valentine’s. Suggest an expensive dinner, not only to test if he’s “really serious,” but to make up for the flowers that he didn’t get you.

You’ve been dating for two months
You’ve been together the same amount of time as it takes for you to craft the perfect cooler. The most expensive investment that either of you has made into your relationship thus far has been the 2am booty calls; that technically aren’t booty calls, since you’re only doing it with each other. You’re ready to show the world (or at least your Instagram followers) that you’re a real couple; and the only logical way to do that is to engage in some stereotypical romantic trope. Bruise your ass trying to learn how to skate together, or burn your mouth while indulging in some fondue all in the name of love (and likes).

You’ve been dating for six months
At this point, unless you really lucked out, you’ve survived at least one major holiday together, such as Christmas, New Year’s or your birthday. You feel comfortable enough around him to show him what you look like without your eyebrows penciled in, and also content enough to not-so-casually drop hints about exactly what you want to do on your special day. You don’t want to plan out your own Valentine’s day surprise, however, you’re not above dropping blatant hints about the new trendy steakhouse that you’re already decided you’re going to. After half a year of feigning interest in whatever sports game he constantly insists that you watch with him, and pretending that you don’t have body hair, you deserve at least a fillet mignon.

You’ve endured a year of each other
You’re at the point in your relationship where, no matter how much you love each other, sometimes you want to shove your S/O out of the bed so that their space can be occupied by a Costco-sized bag of chips. You’re at the stage where it has become cool to be ridiculously low maintenance, essentially doing a 180 from the place you were six months ago. You skip the expensive dinners to eat pizza in bed, and are constantly stuck in a rut of “I don’t care, what do you want to do.” You brag to anyone that will listen that the secret to your relationship is to not care. You say that you’re totally cool with just ordering in cheap sushi for dinner; but you secretly stew over the Snapchats of the grand romantic gestures that your friend’s new boyfriend is pulling.

You’ve been together over three years
You’ve moved past the stage of pretending not to care about Valentine’s Day anymore. Your boyfriend accepts the fact that this holiday means the world to you, just as you’ve accepted that he’s never going to throw out those ugly sweatpants he’s had since high school. He’s past worrying about what to do, and navigating landmines. Your day will consist of getting a Pandora charm, to go on the same bracelet as the last three, and eating at the restaurant that you’re pretty sure he made reservations at when you were there last year. While it might be boring, at least you’ve trained your boyfriend into submissiveness. Here’s to hoping that he won’t notice that the lingerie you’re wearing that night is actually from three years ago..