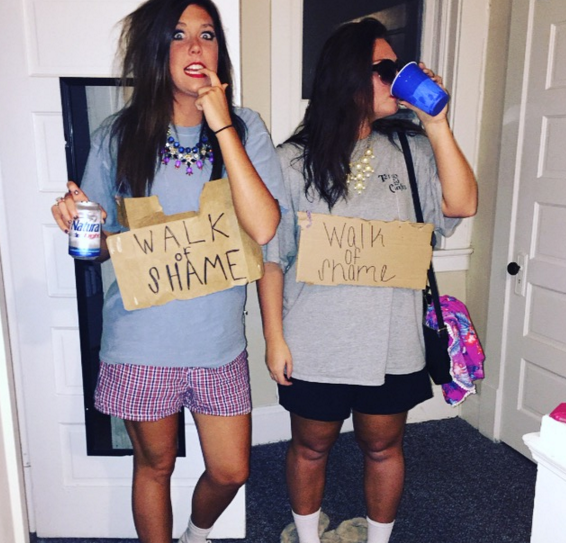 We all know that girl. The girl who mistakes every fuckboy for “the one.” The girl who would leave her social insurance card at a guy’s house just so that she would have an excuse to see him again. The girl who has no problem confronting her one-time hookup for talking to another girl at the bar.

You’ve been there. The guy that you woke up hungover next to is vaguely sweet. He offers you coffee, a shirt that isn’t completely disgusting, so that you don’t need to be blatantly obvious on your walk of shame home, and even has the common decency to ask for your number before you leave (regardless of whether he actually plans to use it or not). Essentially, he wasn’t a complete asshole. Maybe he couldn’t ignore the naked girl in his bed. Maybe he wanted to have a morning nookie before you parted ways. Who knows — maybe from the foggy memories he had from the night before combined with the sight of your above average tits has him thinking of pursuing something more than a one night stand.

I hate to sound pessimistic. I’m sure that there is someone out there who began their, now happy, relationship based off of a grimy one night stand after being impressed by a guy’s ability to not be a dick in the morning. However, this probably isn’t going to be the case for you and Mr. Nice Guy. After he kisses you on your way out the door – don’t look back. Keep that shack shirt and continue on your merry quest of single-hood. Don’t post the blurry photo that the two of you took at the bar the night before. Don’t add his contact into your phone with a heart beside his name. For the love any anything sacred in this world – don’t start tagging him in memes.

If you decided to go all psycho (not his) girlfriend, and start to get annoyed that the guy you have known for a whopping 24 hours isn’t acting up to your #PowerCouple standards; at least recognize that you’re the one who’s a bit crazy. As tempting as it may be to call him “crazy” for “passing up on a girl like you,” at the end of the day, you have to remember that he probably doesn’t remember that long, detailed story about your middle school best friend, or TBH even your last name.

Take a guy’s nice morning-after behaviour for its face value, and be thankful for the fact that your taste is men is good enough to weed out the total fuckboys. For the sake of the rest of us, don’t petrify this guy into thinking that the second he’s nice to anyone he’s hooked up with they’re going to cling onto him faster than they can pull up the image of their dream wedding ring from Tiffany’s.