I Think I’m Actually Friends With Celebs Thanks To Instagram 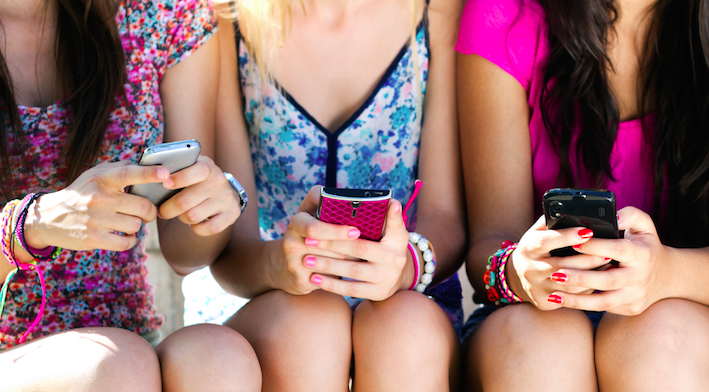 Most of us here are pretty popular. I’m not saying that to make anyone reading this who isn’t popular feel bad (calm down, loser). But if you’re on this site, the odds are that you have friends. And whether you pay for friends or not, most of us tend to get a few more Instagram likes than we deserve.

The point is, I don’t need any more friends. That sounds horrible, but whatever. It’s true. If a friend just so happens to fall into my lap and if that friend is John Krasinski and he wants to be platonic buds until our love slowly blossoms and we have to leave our respective partners to be together, then who am I to stop that?

Now, that might sound crazy. John Krasinski and I would never be platonic friends. If anything, the second we locked eyes the passion would bubble between us and we’d run off into the sunset with early Taylor Swift playing in the background. But why do I, someone with a few thousand followers (give or take whoever decides to unfollow me that day) who averages 200 likes per post sincerely think that John Krasinski is actually maybe going to fall in love with me someday?

It’s all thanks to Instagram’s fucking algorithm.

Back when Myspace and Facebook were big, celebrities had to have fake profiles so us normies couldn’t see what they were up to. But now? Letting us see what they post is a huge PR move for them. Which means a good portion of our feeds are just celebrities we want to be friends or between-the-sheets friends with. We follow the Kardashians, the entire cast of The Office, the girls from GoT that we wished we looked like. Then, there are the guys. Funny guys, romcom guys, hot guys, douchy guys, guys we think about when our sometimes-boyfriends are out of town and we need some personal loving. Instagram has become our personal spank banks and dream friend banks.

But here’s where it gets really messed up. The whole reason we follow these people, stalk these people, and buy these people’s products or go see their movies is because of the likes.

You see, *adjusts glasses* the brains at IG realized just how desperately we want to be friends with these famous folks, so they decided that letting us see which pictures celebrities are liking will get us to spend more time on the app. And holy shit — they’re so right. Now that you can see a few names of people who liked a picture followed by a number of likes we’ll never see in our lifetimes, more and more it’s becoming apparent that celebrities are friends with each other. But the best part is, they mix celebrity likes with our real, lame, non-celeb friends’ likes so our brains get confused.

Get your conspiracy theory caps on, ladies. We’re about to dive the fuck in.

Here we have Ava, Reese Witherspoon’s daughter. Naturally, her momma liked the picture and did a classic mom emoji comment. Still, don’t you just sort of feel like you’re at their house after school, eating snacks from the fridge and telling Momma Spoon about your day? 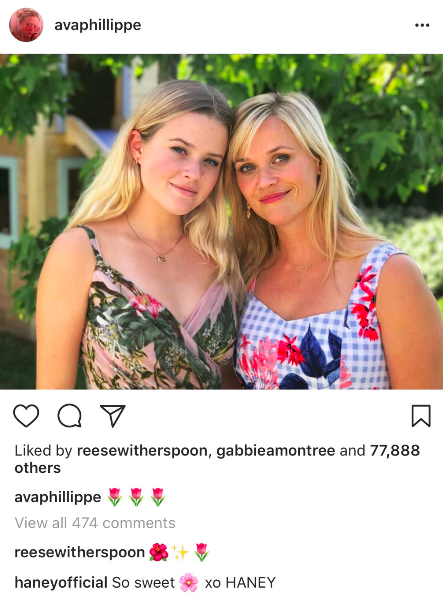 Look! Amy Schumer and her sister went to see a show. And who liked it?! None other than our own Momma Spoon! Who knew they were pals? Don’t you just feel like your afterschool group is growing? 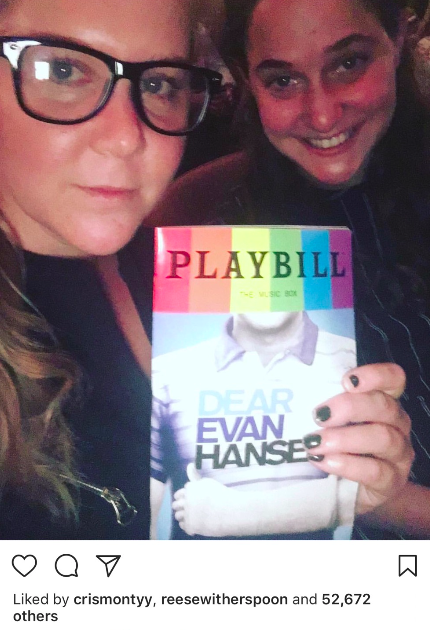 And now, Jim from The Office. Who liked his photo? Angela. Angela from The Office. Isn’t your heart warmed by the fact that they still keep in touch, at least virtually? Are you going to start binge watching the show for the 13th time? Yes and yes. Will they make money off of it? Idk. But at least you still care about them, right? 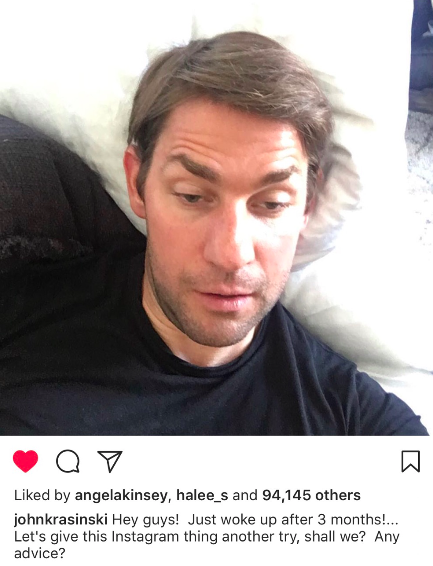 AND THEN FUCKING PAM. Pam from The Office liked a picture of him. Are you dreaming about them getting together? Wondering if their spouses feel weird about the fact that these two are still in touch? Is it weird for them to hangout, since the whole world is in love with them together? Now you have to stalk all of their pictures to see whether or not a secret romance is happening.

Oh, hey. Remember realizing that our favorite cute-turned-hot-af guys were buddies and hung out and did hot guy things together? Then Pam liked it? Again? Starting to wonder is something is going on here, right? 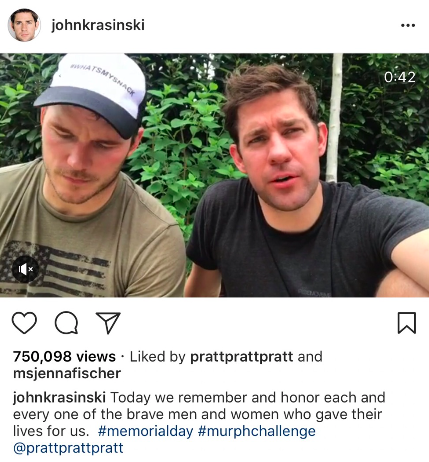 Seriously, guys. I could go all day. 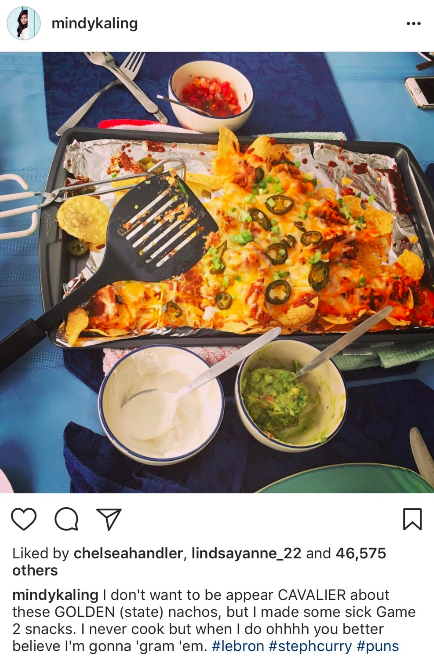 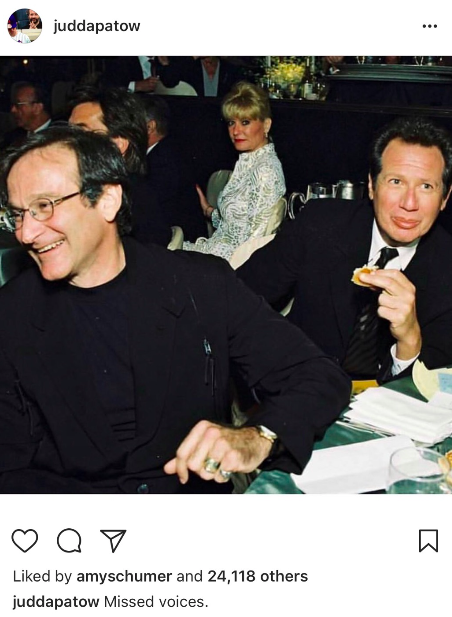 Judd Apatow liked his daughter’s picture because he’s such a dad! JUST LIKE OUR DADS. 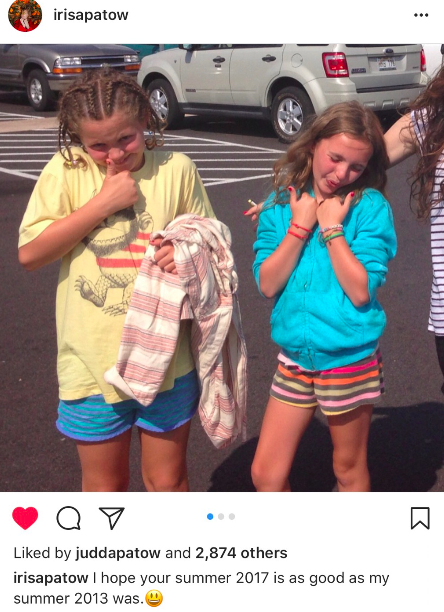 One second you’re just glancing at a picture of Amy Schumer, and the next second you’re 70-years-old with no teeth and carpal tunnel. So, I just want you to know: If you think that you’re friends with celebrities, it’s not your fault. We’re all under that delusion, seeing our cousins’ names next to Mindy’s name under Reese Witherspoon’s picture. We’re all out here, wondering if the man of our dreams will notice us, even though 53,101 other people liked his picture. Buy hey, who knows? Maybe after virtually stalking someone for so long, we really will get our happily ever afters. Or a restraining other. Either way..