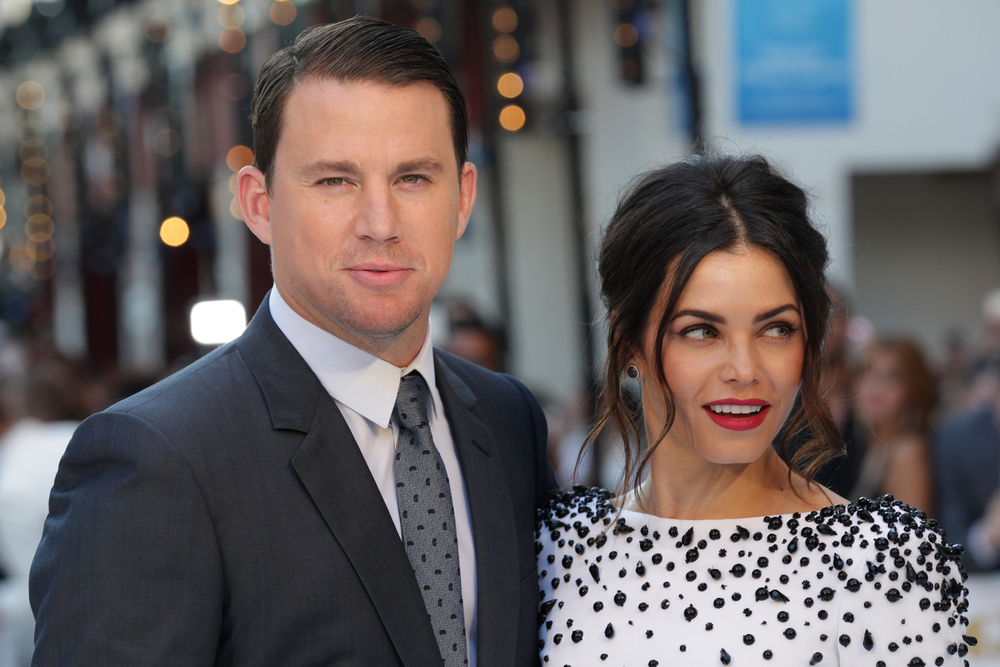 If you couldn’t infer from her last name, Jenna is Channing Tatum’s other half. The two of them ~fell in love~ while filming the movie Step Up, and TBH, their relationship is only thing I remember about this middle school favorite. Shit, if I knew that all it took was to be an amazing dancer, physically fit, considerably better-looking, and probably a much nicer person to land a guy like Channing, who knows what I would have done differently in my life!

Through all the chaos that is Magic Mike, I’ve always wondered how Jenna deals with it all. While I’m sure that, to some extent, every wife of a celebrity knows that a considerable portion of the female population wants to bang her husband, Channing is different. Ever since his abs starred in a movie about being a stripper, the world and womankind, have gone crazy. However, I’ll just pull the boob tape right off and say it: for a man with a mediocre face and alarmingly terrible style, Channing has really lucked out with the amount of popularity he’s gained from the Magic Mike franchise.
Don’t believe me about the style?

Exhibit A: the sideways/backwards hat that should have died with Step Up in 2006

Exhibit B: he switches up the douchey-club-promoter hat for a douchey-come-listen-to-my-band-at-the-coffehouse hat

Exhibit C: just stop wearing all of these fucking hats

But, this is not about Channing, and whether or not he’s hot. No, this is about Jenna, who is undeniably hot. Really, compared to Jenna, Channing is the guy that you bring home at the end of the night, only because he’s a better option than being alone, and his presence will probably stop you from gorging on an entire XL pizza.

Jenna filmed this hot clip with Magic Mike choreographer Alison Faulk and as much as I hate Channing’s stupid hats, how lucky is this girl for getting to not only choreograph both ends of this power couple, but more importantly, see them both practically naked?

Jenna posted a clip of the dance on her personal Instagram with the caption “Let’s film something!” Ordinarily, when a girl posts to Instagram with a casual caption, as if to pretend that the perfect pose, makeup, and body was a happy coincidence, I want to scream. (I know you made your little sister take 200 photos to get that perfect shot, Becky.) But something about Jenna — even in her lingerie, casual smokey background, and messy IDGAF (but really I do) hair) makes me actually like her. While logically I know that hours, and even days went into the planning of this video, it just seems effortless.