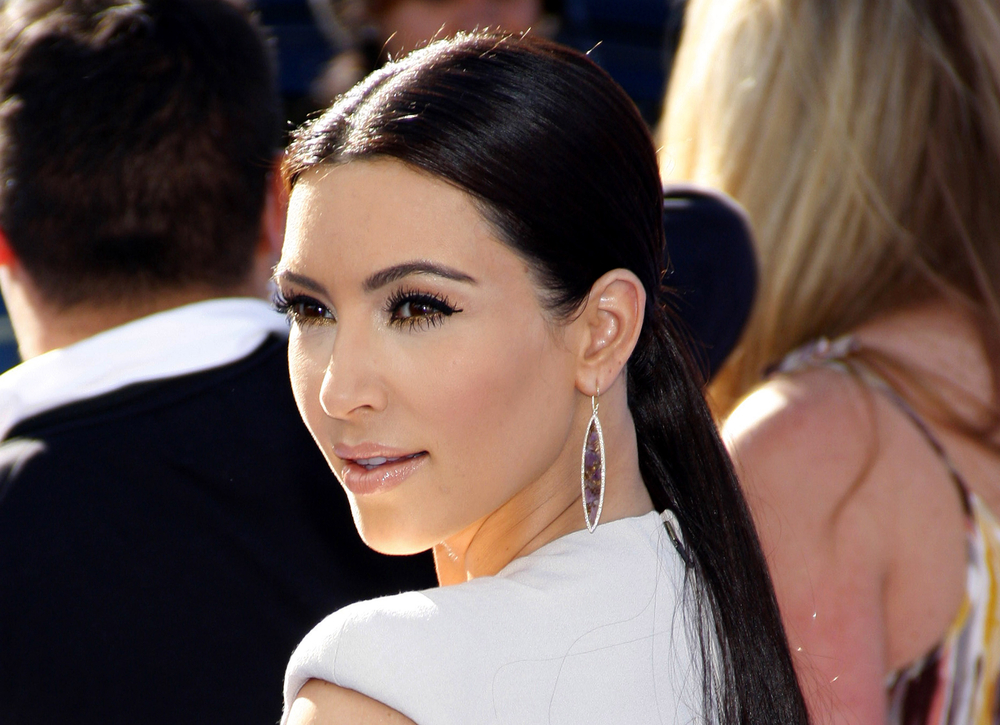 I’d be lying if I said that I didn’t find Kim Kardashian an inspiration… and you probably would be too. If you’re willing to argue with me, please ensure that you’ve built empires for you and your family off of a sex tape and some closet organizing.

After the birth of her third child, Chicago, Kim has been noticeably sassier and over social media, ready to call out anyone who crosses her. Who knows? Maybe she’s making up for her sister, Kylie’s, recent hiatus from every activity that shows her stomach.

Kim has recently expanded into selling fragrances, obviously grasping at straws to ensure that she doesn’t step onto Kylie’s cosmetic empire. After a successful first launch of three crystal-inspired scents, she has revealed another three, Bae, Ride of Die, and BFF, just in time for Valentine’s Day. To celebrate the launch of the three new, mini, perfumes, Kim has been sending out adorable PR packages that are complete with a smash-able chocolate heart, shaped exactly like her new product, an engraved hammer to break the chocolate (because you wouldn’t want to do it with your fist, like someone who doesn’t have a million Instagram followers), and, of course, the product itself.

Kim released a photo of her elusive PR list on Snapchat… and it’s not what you think. 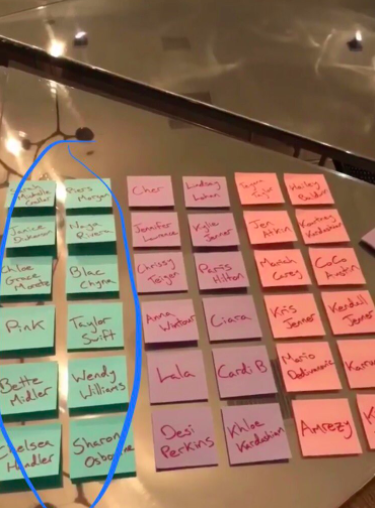 Doesn’t there seem to be a few people on the list who shouldn’t be there? Kim provided an explanation in her Snap, saying “I’m going to send [my fragrance] to my lovers, to my haters, to everyone that I think of, because it’s Valentine’s Day after all.” If you look closely, it’s apparent that the names on the blue sticky notes certainly fall into the category of “hater.”

The most glaringly obvious name on the list is Taylor Swift. Swift has a long history with the Kardashian/West family, that started with Kanye interrupting her on stage, and ended with him claiming that he “made that b*tch famous” and Kim showing receipts. Swift is joined by a long list of other, notable, celebrities, including:

Piers Morgan: while he has a long history of insulting Kim, he most recently shamed the new mother for posting a topless photo on social media, telling her to ‘put them away.’

Chloe Grace Moretz: she tweeted “I truly hope you realize how important setting goals are for young women, teaching them we have so much more to offer than just our bodies” in response to nude photos of Kim.

Bette Midler: she also went on Twitter to tell the world “Kim Kardashian tweeted a nude selfie today. If Kim wants us to see a part of her we’ve never seen, she’s gonna have to swallow the camera.”

Pink: not surprisingly, also a Twitter user, she alluded that Kim’s naked photos were a “bad influence on young women.”

Do I need to continue? Its obvious that most of these people are butthurt (sorry, I had to) over Kim’s long history of not wearing clothes. So what’s Kim doing over the list of people who feel like it’s their role to police her social media and give their unsolicited input on what she should do with her own GD body? She’s sending them $30, perfume candy hearts, to let them know how much she cares.

Honestly? I aspire to be this petty.

You could argue that she’s showing that she’s above them, and their insults, by sending them a Valentine’s Day present. However, I would still consider this a subtle act of pettiness and shade, since she’s not only spent the time specifically selecting which of the many celebrities that have gone for her ass over the years will make the list, and, after handwriting this list out, sharing it with her millions of followers. The best part of this genius plan? If anyone dares to call her out for being shady, she can play innocent, and claim that she was simply sending elaborate gifts and signaling forgiveness of those that have wronged her.

If we’re moving on from her “haters,” who have been selected to receive Bae, it’s interesting to see which one of her famous pals she put under the Ride or Die (purple) or BFF (pink) scents. The Ride or Die list includes Paris Hilton, Cher, Chrissy Teigan and Cardi B (all icons), while the BFF one names Mariah Carey, Jen Atkin and Hailey Baldwin. What’s even more interesting, is that her sisters are on different lists, with Kylie and Khloé as Ride of Dies and Kourtney, Kendall, and mother Kris as BFFs.

Now, the real question lies: which means more, being a Ride or Die or a BFF? Maybe it wasn’t her haters that she was shading after all….