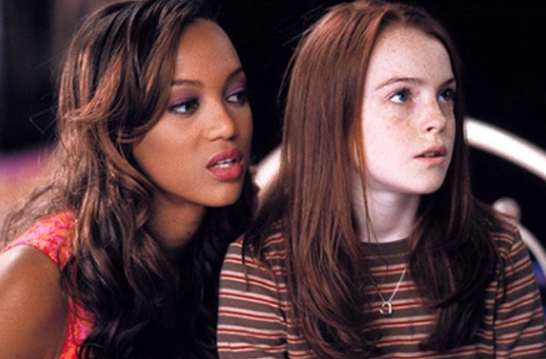 There’s nothing I feel more conflicted about than a sequel to a classic. Seriously. Nothing. Not equality. Not global warming. Not whether you should choose John Krasinski or Chris Pratt as your television husband. Sequels just really get to me. From “Lion King 2” to “Grease 2,” “Mean Girls 2” to however many “Pitch Perfect” movies there are now, something about totally ruining a great film by continuing the story is our go-to move. And as much as I want to hate on it, you can always find me with a mug of wine mixed with Crystal Light (old habits die hard), watching these stupid sequels the second they come out. And “Life Size 2” will be no different.

A mere two years ago, we were told that a sequel to the famous doll-becomes-a-human-and-teaches-lessons-about-life-and-love movie was going to happen, and the main star would be none other than Tyra Banks. Again. And she will be playing the doll-turned-human, Eve. Again. It was very exciting to know that we aren’t the only ones still living in the past. But after hearing that great news, we heard nothing else about it for a very long time.

Then, a month ago, it was reconfirmed that the movie was actually happening and that it would be released in December of next year! And it was going to take place during Christmas! And yes, Tyra was still going to be in it!

But that was about all we knew. While we hoped our girl Lindsay would be back, it was only a dream. But now? Tyra’s making it seem like our favorite sometimes-ginger might actually be in the film. She told “The Talk”:

I am having conversations with Ms. Lohan. Yes, and I want her to come back and I think that she does too. Actually, I know she does. So I really hope that she can be in it.

While Lindsay hasn’t actually acted in a movie in over four years, I have a feeling it’ll all work out. I mean, this is a made-for-TV film that’s being released on fucking Freeform. After “Herbie: Fully Loaded” it’s like, whatever happens, it’ll be fine, you know?

And while it’s rumored that she’s not going to be a ~star,~ it looks like she might have some sort of cameo. Still, the show needs another young person for Eve to teach important lessons to, like how to throw flour around a kitchen and that dads are totally cool to date. According to Tyra, she’s got her eye on E!’s favorite person to drag into shit, Zendaya.

Still, watching Tyra run around with that crazed, perpetual smize, and seeing grown up Annie/Hallie/whatever-her-name-was-in-this-movie come back to the screen is enough to make me shut up and *purchase a new cable subscription..

*By “purchase” I mean steal the login from someone who thinks we’re friends.