Mailbag: How Do I Stay Friends With My Ex? 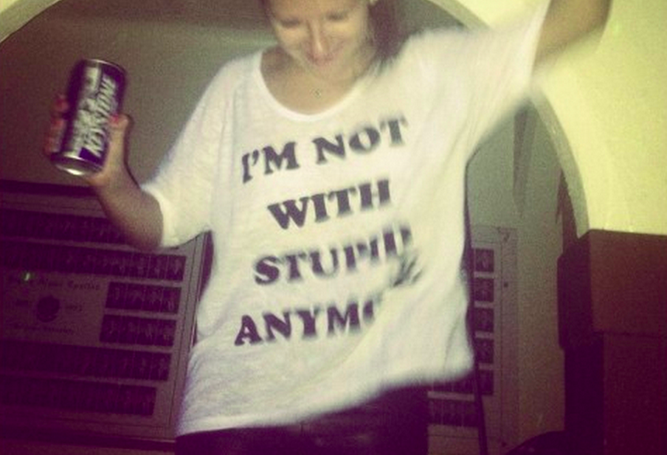 My boyfriend of almost a year and I just broke up. We were best friends above everything, so naturally we both settled on remaining friends. We’re both in Greek life and run into each other ALL the time. How do I handle seeing him with another girl? I know friends should be happy for friends blah, blah, blah. But, I don’t think I could handle seeing him with someone new. I’m still in love with this kid, but his feelings seemed to just shut off. This is the only hangup I’ve encountered of staying friends. Do I cut off all contact or grow and pair and realize a new girl is inevitable?

While I admire your loyalty to this guy, the bottom line is exes can’t be friends. I’ve seen many attempts, and it ends up the same every time. It goes along with the theme of our generation: whoever cares less wins. Even if you ended on great terms, he still gets the benefit of having you in his life and having a great friend to talk to, while you are left giving all of your efforts to someone who doesn’t want to give them back.

If he is willing to move on to another girl this fast, don’t feel like you have to be happy for him. You have every right to be pissed, stalk her on all social medias, and give her subtle side eyes in public no matter how nice she is to you. I don’t know the best way to handle seeing him with another girl besides unfollowing both of them (they’re only going to post the good times, not the bad), but I do know a few things you should definitely avoid.

The new relationship isn’t her fault. She can’t control how recent after the breakup he decided to find a new girl. She doesn’t know how special your relationship was or how much it meant to you. She probably doesn’t even know you. If she is one of your friends or sisters, that is a different story. But if you could only recognize her in real life by her tiny instagram circle picture (because of course she is set to private, that bitch) or you had class with her once freshman year, then lay off.

Twitter can feel like a great outlet and we can forget that people actually read our crazy rantings. If he sees you subtweet, it would be counteractive. He could call you crazy and immature, and you don’t want to give him that power. You’re better than a subtweet. And even if you don’t think he will see it, he will see it. Trust.

This goes back to showing your crazy. If you make a scene, whether it be in public or over text, then it gives him fuel to his “I don’t want to date you,” fire. If you keep your composure about all of it, then no one has a reason to side with him.

Don’t grab the first guy closest to you and post a picture with your arms wrapped around him wearing your trashiest outfit. Besides the fact it would be a blatant publicity stunt, you’ll end up feeling more empty after trying to fill the void with something superficial. And don’t even think about getting with one of his good friends — it’ll get back to him and completely change what he thinks of you, and not in a good way.

You are trying to hold on to the last remnants of your relationship with him by being friends, but it’s only going to postpone the pain of when he moves on. Take this opportunity to strengthen the relationships you already have with your friends and sisters, and eventually the emptiness will subside. While it will always sting when your ex moves on, if he is no longer in your life then it won’t be in your face. Say hi to him when you run into him at events, cherish the good memories you have, and go on and make new ones..