Signs Your New Roommate Sucks And Your Life Is Over 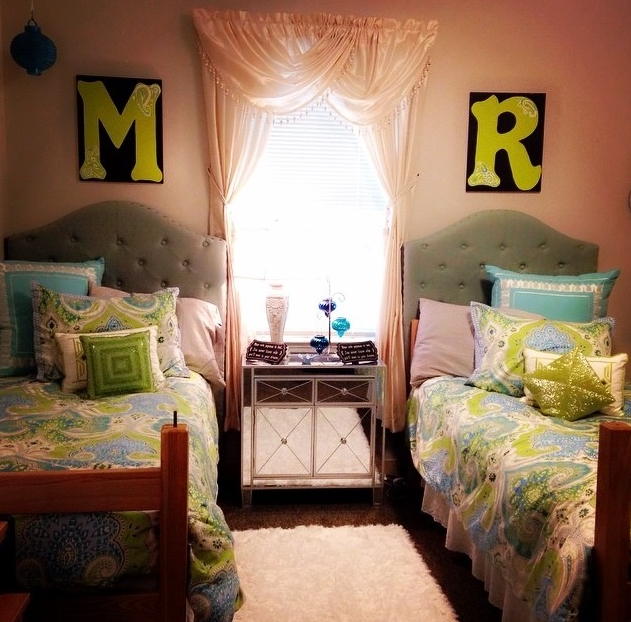 As recruitment week is coming to the end for some, or the summer break is just about to wrap up, one thing is standing in the way of you and a perfect semester: your roommates. Whether you’re a freshman and just signed your soul over to your first dorm, you’re moving in with your friends, or you’re taking a giant leap of faith in the university’s housing department and getting random roommates, living with other people can be tricky.

So, to prepare you for what you might face by having to share living quarters with other people, I took to the interweb to find out what, exactly, makes a bad roommate. The people of Reddit came together to discuss roommate red flags, and I have to say — there’s some gold in here. Take notes so you’re not an asshole as you enter college and have to share a fridge with three other people, and keep an eye out if you end up with someone who’s out to make your life hell. Sure, it’ll be hard to switch rooms now, but I’ll be even harder in 4 months after she already stole your boyfriend and ate all your mac ‘n’ cheese.

The horribe roommate faux pas that will give you nightmares are from Reddit, and the passive-agressive comments are from yours truely:

1. They write their name on their food in the fridge but eat your food because you didn’t write your name on yours.
You know the old saying, what’s mine is mine and what’s yours is also mine?

2. In their bios say they are “no drama.”
When we say “no drama” what we actually mean is that our very livelihood depends on drama.

3. If they don’t have the same cleanliness standards as you, things will be a little rough.
“Keeping my room clean” means having one path to and from the door traveling through all of my clothes on the floor.

4. Ask if they own any non-stick cookware. If they do, ask to see it. If it’s not all scratched to hell, it’s probably safe to leave yours in the kitchen for shared use. Otherwise, if it has a single scratch on it or if they don’t own any, yours needs to stay under lock and key.
Because hell hath no fury like a woman whose non-stick cookware has been scratched.

5. When they bring their dates back to your room without telling you in advance, then lock you out in the hallway so they can have privacy.
You’ll learn a lot about yourself as you sit on the cold hallway floor, listening to your roommate getting plowed by the high school boyfriend who is obviously going to dump her soon.

6. If someone, before they live with you, constantly comments on how clean your/someone’s place is, when in reality it’s just normal and not that clean at all, take this as a sign that you have very different standards of cleanliness.
I like my apartment like I like my mind — filthy, scattered, and filled with a little too much vodka.

7. If their smell enters the room before they do and sticks around after they leave.
You know what’s worse than having a smelly roommate? Nothing. Move out and burn the dorm down, ASAP.

8. Drinking habits are a big one. If you have a roommate who’s alright sober but always a problem drunk, consider having to deal with that every time.
What, exactly, would you define as a “problem” drunk? A cronic cryer? Someone who calls her ex-byofriend 37 times and cusses him out? The person who spends $20 at Taco Bell every Friday at 2 a.m.? Jw.

9. “We don’t lock the door.”
Oh, good! I had really been wanting to have all of my stuff get stolen and be murdered in my sleep this year! So glad to know we’re on the same page.

10. If someone decides the best way to communicate is via passive aggressive Post-it notes placed strategically about the apartment, then you should consider finding a new place.
But few things feel better than creating a truly scathing and cunty note and taping it to the sink filled with dishes.

11. Similar to a romantic partner, if all of their previous roommates were crazy/inexplicably hated them/forced them to move out/sociopaths/assholes/Satan worshippers, that’s a HUGE red flag.
Now, we’ve all had the *occasional* Satan worshiping roommate, don’t get me wrong. That’s just part of college. Embrace it. But if *all* of them were like that? Red flag.

12. Unable to hold a conversation that doesn’t involve a quote from a movie.
Don’t worry. This rule in no way includes Mean Girls. Those quotes are not only always accepted, but the limit does not exist on how often you can use them.

13. If friends of your potential roommate come to you and ask you if you’ve really thought this through, and mention that maybe you don’t know this person as well as you think you do, listen to those people.
“We know you really like her, Rachel. But you just met her, she smells like soup, and she constalty talks about how she wants to seek revenge on anyone who has ever wronged her. Plus, she’s still using a sepia tone filter on Instagram.”

14. If they draw a line across the room and say, “This is my space, and that is your space.”
Especially if their side is the one with the door, the bathroom, and the secret alcohol stash.

15. If you’ve noticed that this person doesn’t seem to respect the property or personal space of others, things probably won’t go well.
Oh, you used my straightner, chilled in my bed, and ate my Girl Scout cookies while I was in the shower for 15 minutes? Awesome.

16. If they immediately want to become your best-bestest friend. Like they have no life outside their own and no one to talk to. It’s cool if you’re friends with your roommates, but it shouldn’t be forced.
WE’RE GOING TO BE LIFELONG FRIENDS AND I’M NEVER EVER EVER EVER GOING TO LEAVE YOU! EVER! *shudders*

17. If there’s a fight on move-in day, then the whole thing is going to be a fight.
“I swear to God, Stacey, I told you that we were having a pink kitchen. Why the fuck would you bring a blue fucking blender?!”

19. If they say you can “use anything you want,” odds are they’re going to use your stuff without asking.
“Oh, wow. My dress that’s two sizes smaller than what you usually wear looks great on you, Rebecca. Thanks for stretching it out for me!

20. If your pets love them more than you.
You’re lucky if you get to bring a pet to school with you. Don’t let a devil roommate ruin that for you.

21. And finally, “I had a friend who said her roommate would keep used tampons in the living room by sticking them to the wall and would then reuse them at a later date…”
Nope. I’m done.

So, if your roommate starts pulling any of these moves, know that you’re in for a very long school year. My advice? Work up some tears and beg to transfer dorms. Your non-stick pans, and your sanity, will thank you..