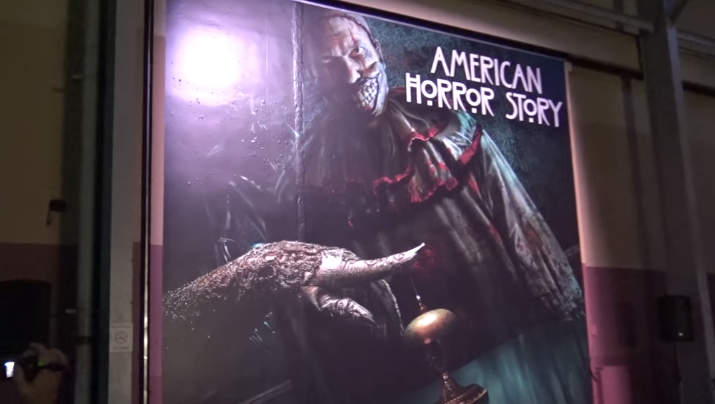 This season of “American Horror Story” has already caused us more stress than normally expected from a scary show that keeps us up at night. From fake teasers to not knowing the theme to promises of all of the seasons being tied together and a
huge twist during episode six of this season, I’ve definitely lost a few years off of my life thanks to creator Ryan Murphy.

But just in case you’re a total masochist, there’s now an “American Horror Story” themed haunted house at Universal Studios’ Halloween Horror Nights. At both locations in Orlando and Los Angeles, you can walk through a house that makes all of our “AHS” nightmares come to life. But in case you can’t hop on a plane to walk through our favorite haunted house, asylum, coven, freakshow, and hotel (or in my case, if you move away from Orlando a mere year before “AHS” finally gets a haunted house) here’s a video of the haunted house, as if your FOMO wasn’t bad enough already.

Maybe it’s for the best that I can’t attend. I’m bound to have a few sleepless nights thanks to that video and those clowns, so I can’t imagine what going through the *actual* haunted house would be like. Still, if the scareactor who plays Evan Peters is single, don’t be afraid to reach out. I’m sure my boyfriend would understand. Maybe..