Everything You Didn’t Know You Wanted To Know About Queefs 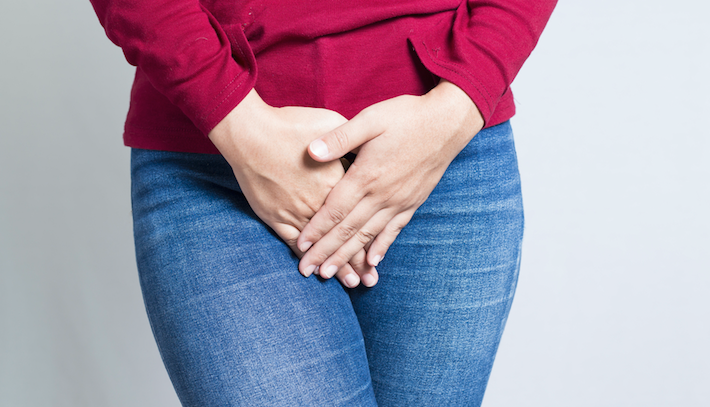 It’s like something out of a horror movie. Things are going great at first, because aren’t they always in the scariest films? Two attractive, slightly drunk young adults are seen peeling each other’s clothes off and rounding second base. Things are hot. Things are heavy. They’re totally naked now, and you know he’s putting it in WITHOUT A CONDOM because this is Hollywood and in Hollywood, no one has STDs or the constant fear of getting pregnant.

He’s thrusting now, and she’s moaning like it actually feels amazing instead of just okay. A few seconds go by and she’s just about to orgasm (because all it takes is a few second of missionary, right ladies?) when the monster comes out of hiding. Neither of them expected it, neither of them knows what to do. One second they’re happy and ~in love~ and the next second a giant roar interrupts their coitus. It makes them stop in their tracks. It makes them stare into each other’s eyes, horrified. And it makes them wonder what the hell they should do next.

In this horror movie, however, instead of a guy in a ski mask or a hillbilly zombie, the monster in question isn’t something Stephen King would create. Still, it’s just as shocking and twice as misunderstood. Because the roar didn’t come from the nearby bushes or the closet with the slightly ajar door. No, the roar came from none other than the attractive blonde getting jack-rabbited on the floor.

More specifically, the roar came from her vagina.

The first time a queef joins you in the bedroom, you usually wish some murderer was right around the corner so he could put you out of your misery. Eventually, after you date (read: sleep with) enough people and your soul becomes so jaded that nothing can hurt you anymore, the occasional unbecoming sound that comes from your lady parts is just another horrible part of life. Aren’t we lucky?

Queefs, varts, vaginal farts, fanny farts, or Air Jordans are pretty simple in theory. It’s just air escaping from your vagina. That’s it. Unlike its cousins, the burp and the fart, queefs don’t have an odor (unless something is seriously wrong) because they aren’t made of smelly gas — just air. Which makes them way less offensive but, for some reason, still more alarming.

Why is the name so horrifying?

The weird thing about queefs is that there’s no translation for the word in Spanish, as pointed out in a blog post by Ally Quinney. After asking her Spanish-speaking friend why there wasn’t a translation since it’s a pretty common fucking thing (hi-oh) that happens, she was informed that “they don’t need to talk about it.” So, why do Americans have a name and why is it so off-putting?

Because everything in America is off-putting right now. Kidding, kidding. No, the real reason dates back a hella long time ago. According to the blog post:

It dates back to Scotland and England as far back as 1617, when it meant, “an inhalation of tobacco smoke” or “a puff” (Oxford English Dictionary, 2012). Interestingly, by 1686, although less frequently than the previous definition, ‘quiffing’ meant, “sexual intercourse, esp. had with or by a prostitute” (Oxford English Dictionary)… These definitions of the word, then, make up our current, slang term for vaginal flatulence. Although the meaning of ‘queef’ has changed slightly throughout 400 years—in the 1880’s, it meant an unorthodox trick, and in the 1890’s it was a popular hairstyle—from 1923 on, ‘queef’ has been relatively derogatory towards women.

Why is it a derogatory term if it’s normal?

Why oh why does it happen?

Le queefs, as I fondly like to call them, happen when air gets trapped up inside your vagina and tries to make a hasty exit. They usually choose inopportune moments to peace out, like in a silent yoga room and just after an intense bout of sex, because they have no respect for their surroundings. In the queef’s mind, it’s like, hey, a whole bunch of air is in here! Let’s be helpful and push it out! When you’re having sex and your legs are at your ears, or you’re in yoga and doing the same position sans penis, your vagina opens and like a vacuum, sucks in all the air. So, naturally, when your legs go back down or you stand up, the air needs to come out. And when it does so, it really likes to make a production out of it.

How do you make it stop?

While plenty of doctors and professionals insist that you don’t need to make it stop and that it’s ~totally normal,~ I’m not going to deny you the information which you seek. To prevent these funny sounding escape artists (or at least limit the chances of experiencing one) there are a few vagina hacks you can try. First, during sex, try to keep whatever is inside of you, inside you. Switching positions? Don’t let him pull out. Laying there like a corpse? Ask if whatever is being used to penetrate you could just stay inside of you, as opposed to coming all the way out, then all the way back in. In addition to that, if you’re in missionary, have your legs *inside* of your sex partner’s, as opposed to the outside. This keeps your clam closed a little more and reduces the amount of air getting sucked up. Finally, try using lots of lube. People are on the fence of whether or not this will work, but fuck it. There is no downside here.

Why doesn’t everyone just think they’re funny or chill out about them?

Because they’re shocking little monsters. The jump out and scare you and leave you utterly speechless. Sure, in a dream world everyone would embrace the queef. We would view it as a sign of respect and thanks for filling us up so much. But, alas, we’re just not there yet. And the fact that whoever is in charge decided that women should have a special kind of fart instead of guys was the same person who made periods a thing. Thanks for that.

What should you do when it happens?

You have two options. You can either grab your passport, run out of the room, fly to the most exotic sounding European country that has a flight leaving, move there, change your name, and live out your days as someone else. OR you can laugh it off even though you’re actually dying inside. Then, maybe someday, the fake laugh will turn into a real laugh and you won’t want to disappear from the face of the Earth every time your vagina betrays you..

Want to learn more about all kinds of sex? Of course you do! Click below to learn…

[via Ally Quinney, Self, Urban Dictionary]