Dear #ActualSororityMove (And Anyone Else Who Doesn’t Understand TSM) 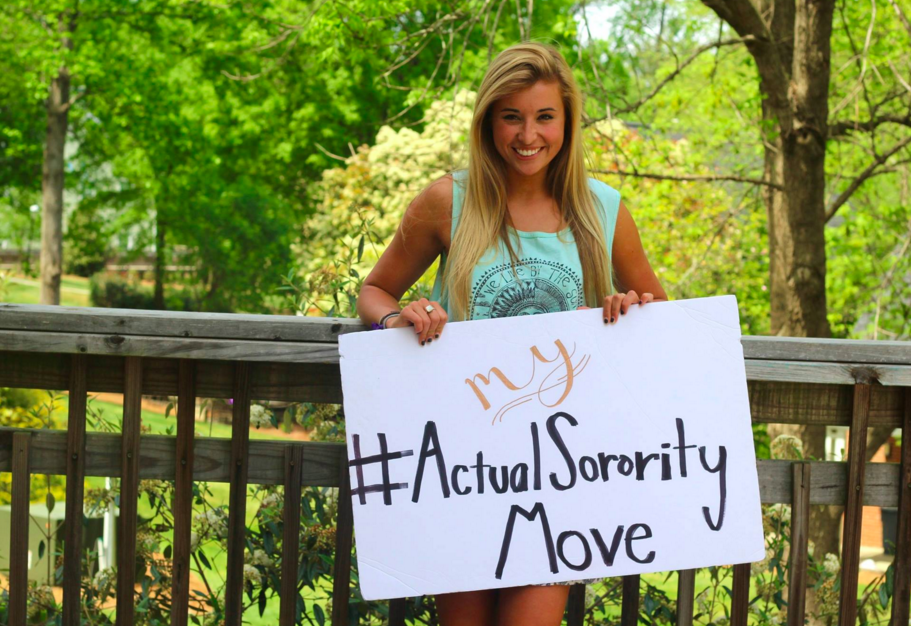 Yesterday, a “movement” was started on Facebook. Total Sorority Move was called out by a group of women who essentially don’t like what we’re trying to do here. This isn’t the first time something like this has happened, and it’s our general policy to ignore it if we see it. There’s no reason to engage with people who have already made up their minds about you.

But yesterday’s post by the ladies of Sigma Kappa at Elon University has caused a stir that can not be ignored. 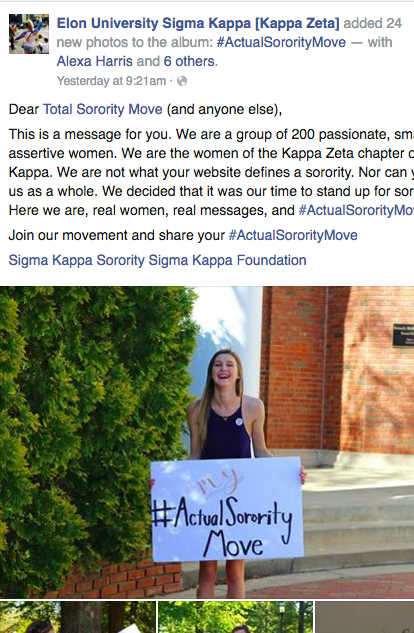 Dear Total Sorority Move (and anyone else),
This is a message for you. We are a group of 200 passionate, smart, and assertive women. We are the women of the Kappa Zeta chapter of Sigma Kappa. We are not what your website defines a sorority. Nor can you define us as a whole. We decided that it was our time to stand up for sorority life. Here we are, real women, real messages, and ‪#‎ActualSororityMoves‬.

It goes on with examples of how TSM is awful for “perpetuating stereotypes,” and the girls — with photos of themselves holding signs — post captions about how they are off doing wonderful things (which they are!) to disprove us. You’ve seen the kind: 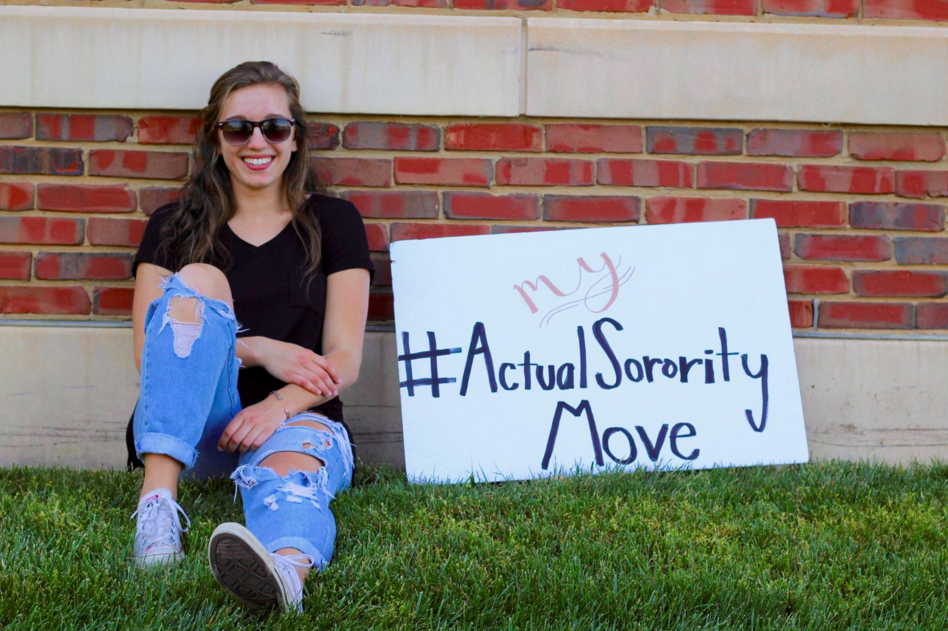 “Sorority girls are supposed to like Lily Pulitzer and Vineyard Vines. I like dirty converse and ripped jeans #ActualSororityMove.” 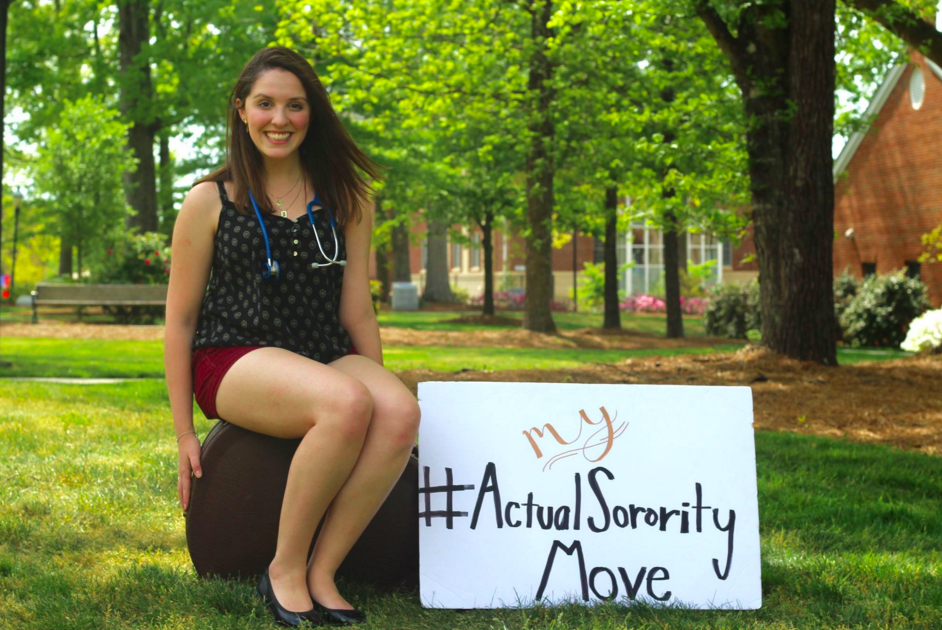 “They say sorority girls aren’t going places and that they’re dumb. Well, I live 5.000 miles away from home. I speak 4 languages. I play classical guitar. I dance classical ballet. I’m a first-year student in the hardest science classes. And I’m going to be a doctor. #ActualSororityMove”

And so, ladies, we got your message. Thanks for reaching out. We totally support what you’re doing, aside from the main purpose of your movement being to put down our movement, and we’ve continuously shown our support of all of the other sororities who have put forth similar projects. It’s great that you want people to see you as the passionate, smart, and assertive women you are. We are on the same team here. And if we may, we’d like to set the record straight, so there are a few things you need to know about us as well.

First and foremost, TSM is not an instructional guide on how to be in a sorority. It does not suppose to define what a sorority is or to shift anyone’s values or morals. It does not claim that there is one way to be a sorority girl or that every female member of the Greek community must fit a narrow archetype.

It’s a comedy website, and its writers, comediennes. Our recruitment process is based solely around a writer’s ability to produce content that can make someone laugh, and our goal is simple: to entertain sorority women and other college-aged women, not to define them. Simply put, it’s some columns and news and photos and jokes that we think you’ll like. That’s it.

Here’s me, believing that before this moment:

You guys. TSM isn't like a "how to" guide on sorority life. It's just funny shit that sorority girls like/relate to. You know that, right?

Our brand of humor did not create a stereotype. We made fun of an existing one. We took what people assumed about us, owned it, laughed at ourselves when it was true, and laughed at everyone else when it wasn’t. There is content about partying, and there is content about boys, and there is content about being a shallow, spoiled, (but pretty — obviously pretty) bitch. That’s not to say that anyone is actually a shallow, spoiled bitch — I certainly don’t view myself that way, though I joke about it all the time — but when I hear my friend’s husband tell her “I can’t get us food. You’ve had my credit card all night,” then yes, I’m going to joke back “TSM.” 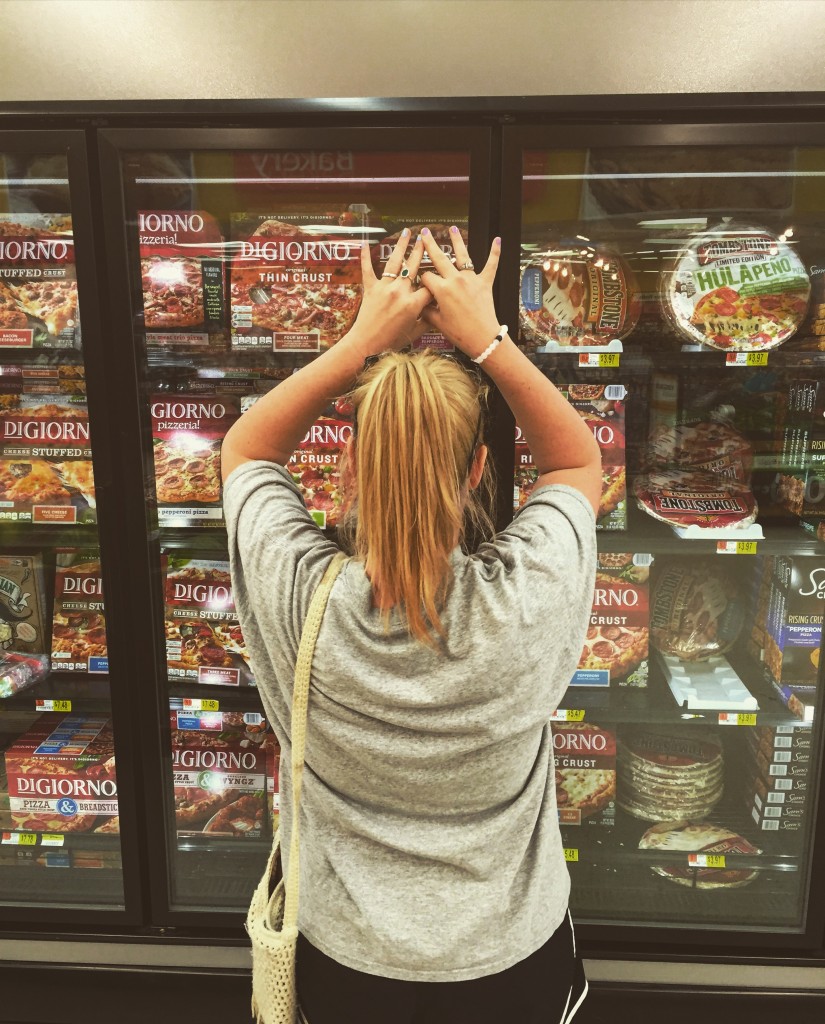 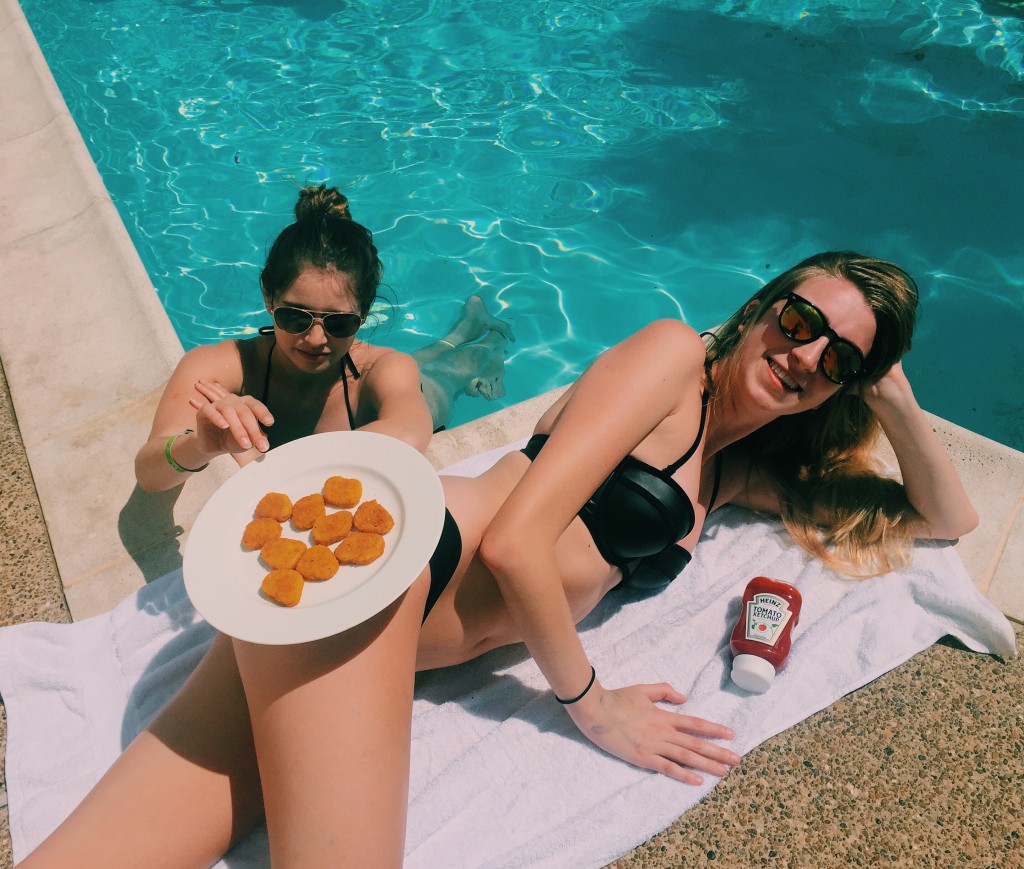 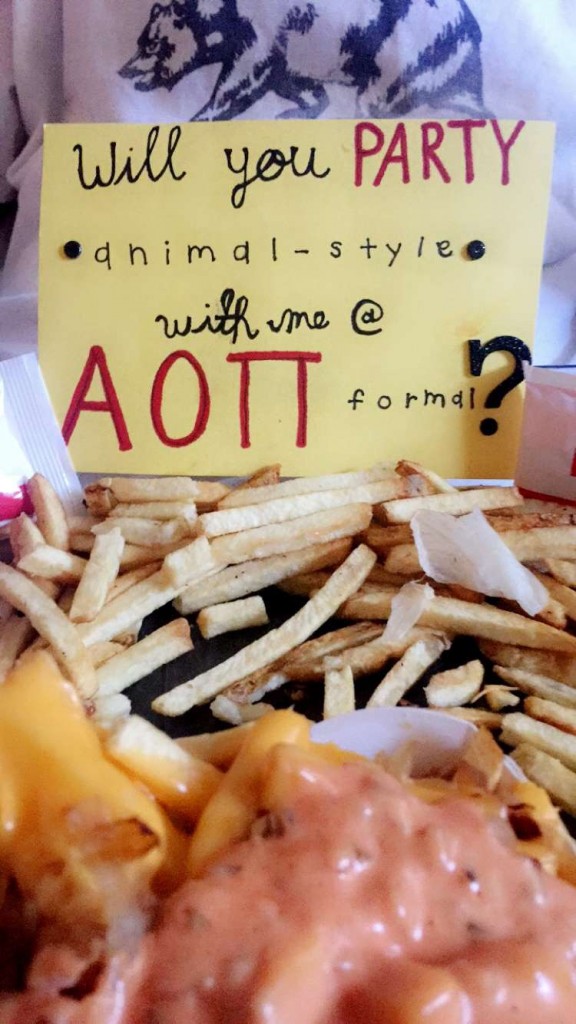 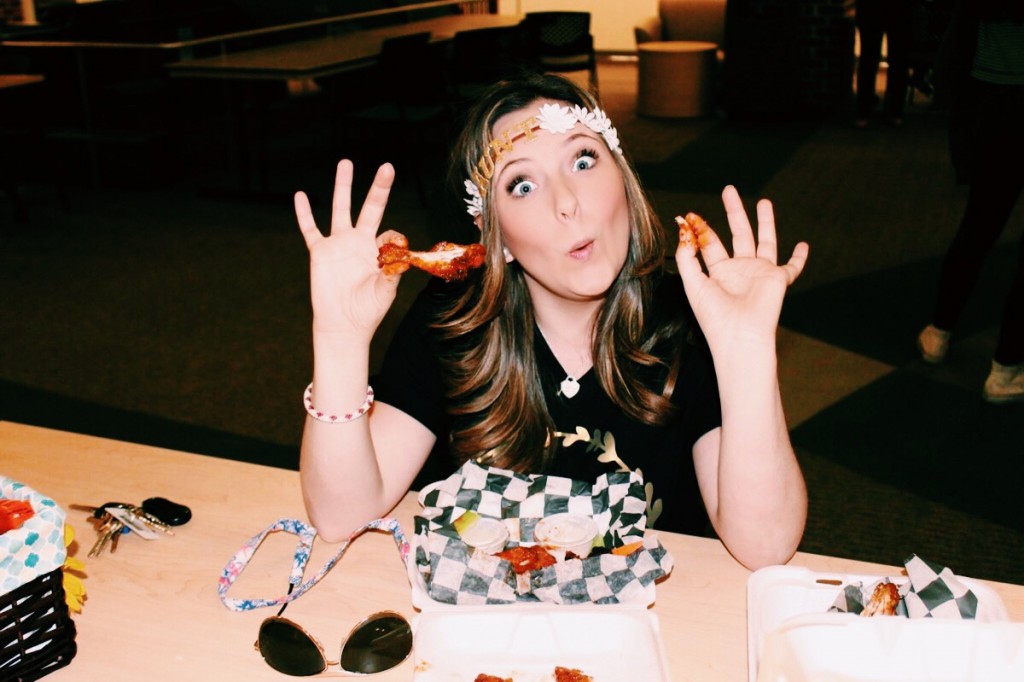 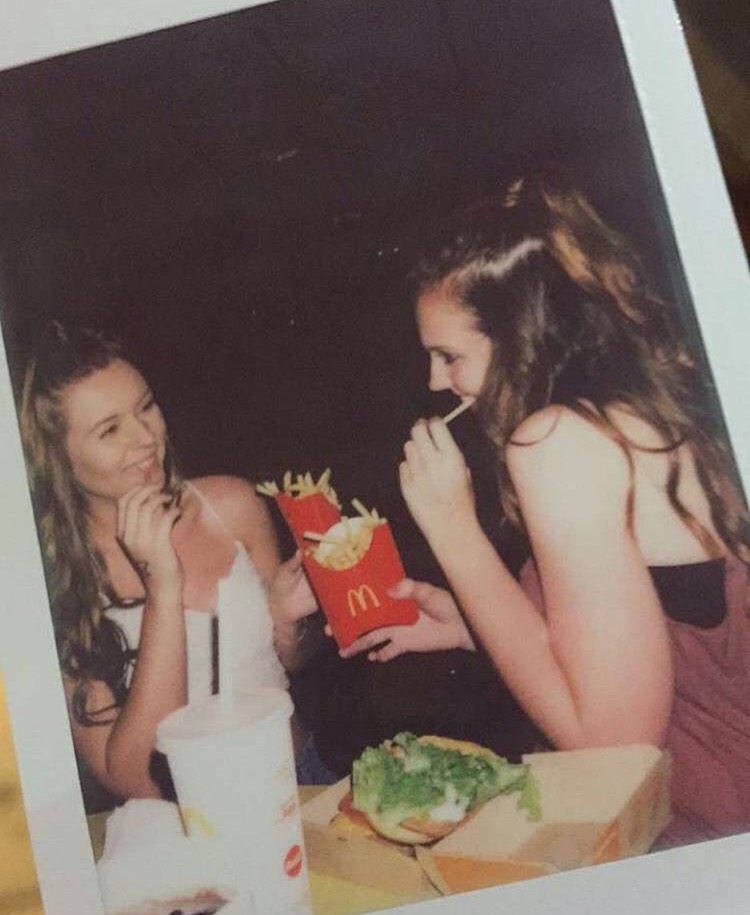 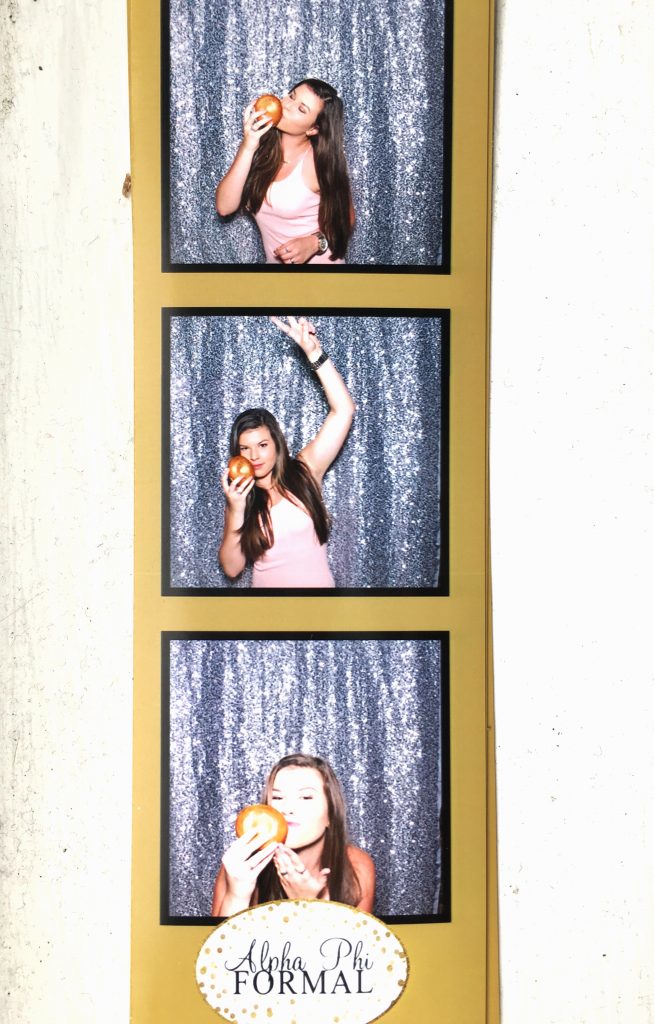 But the major flaws in their attack on our brand are twofold.

First, the girls who don’t party are no more “sorority girls” than the ones who do. The girls who are boy crazy aren’t upholding values better than the ones who aren’t. Being sex positive and telling funny stories about sexcapades doesn’t make you a bad person. And more importantly, these things are not mutually exclusive with studying hard to become a doctor or being really into your philanthropy. A young woman can party all weekend, and at the same time make straight A’s. A woman can accidentally on purpose sleep at the frat house, and at the same time do charity. In fact, most of the guys I slept with in college WERE charity. (This is an example of a joke — that thing we were talking about before.) Both types of women exist equally within the Greek community, and frankly, a lot of the time these characteristics can all exist within one woman.

And secondly, most of what they’re saying about the site isn’t even true.

“Sorority girls are supposed to be blonde and dumb BUT I’m blonde, a nerd, AND proud#ActualSororityMove.”

“I didn’t spend undergrad working to get my MRS degree, I worked my ass off and got into dental school so I can be a DMD #ActualSororityMove.

“I write molecules more than my monogram #ActualSororityMove.”

We’ve made plenty of jokes about blowing off class for a happy hour — because guess what, that’s something that happens sometimes, and a well-placed “blah, blah, blah, I’m here for my education or whatever” joke is funny. But in truth, good grades are a cornerstone of being a sorority girl. We’ve never EVER promoted being dumb or even pretending to be dumb — we denounce it. Those girls are fucking annoying. We’ve often encouraged people to embrace their nerdiness and intelligence, talked about sorority girls’ aspirations for their future careers, and given advice on how to stay organized and do well in school. The reason studying hard isn’t at the forefront of our brand? It isn’t funny. And you don’t come to an entertainment website to read about hard work — you’re out there living it. You’re here to get away from that and have a good laugh during naked time when you get out of the shower.

“Total Sorority Move tells us sorority girls are superficial but the most meaningful conversation that I’ve had in college have been with my sisters#ActualSororityMove.”

“Sorority girls are stereotyped to be obsessed with themselves but in reality we are there for each other when we need the support the most#ActualSororityMove.”

Well, if we don’t have enough goddamn content about how much we love each other, I quit. And if you don’t believe me when I say the site is littered with love for your sisters, then take this quiz, or share this list, or this one. Cry when you read this speech, share in this girl’s appreciation, and get the feels when you read this one, which breaks down what it’s really all about. And if you don’t feel like that, just look at these pictures. 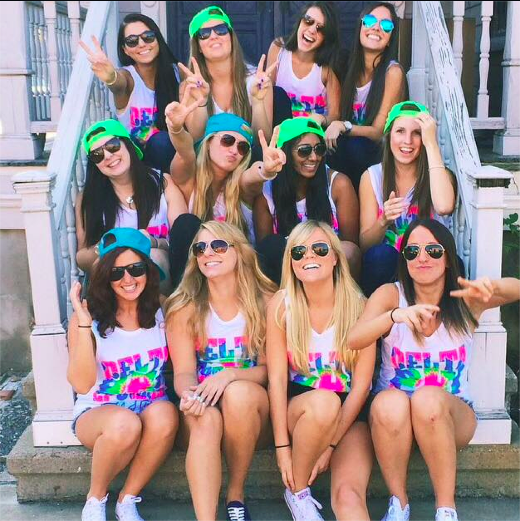 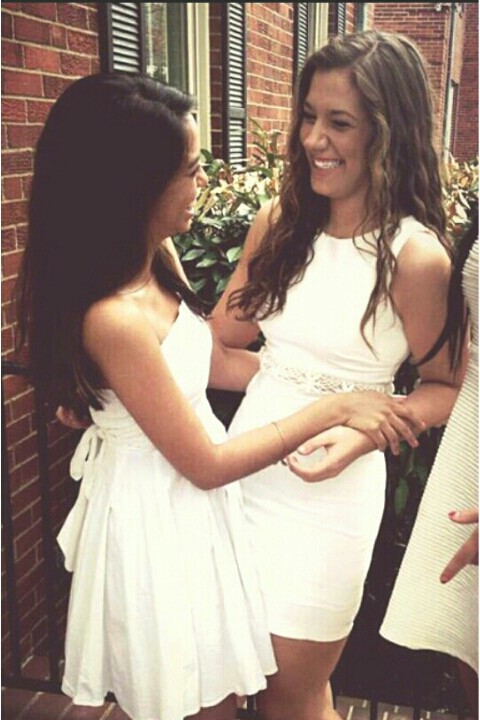 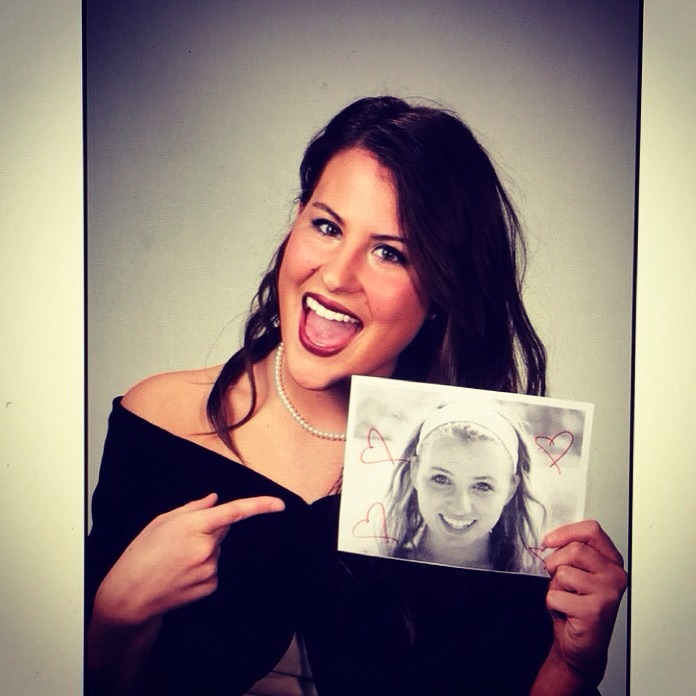 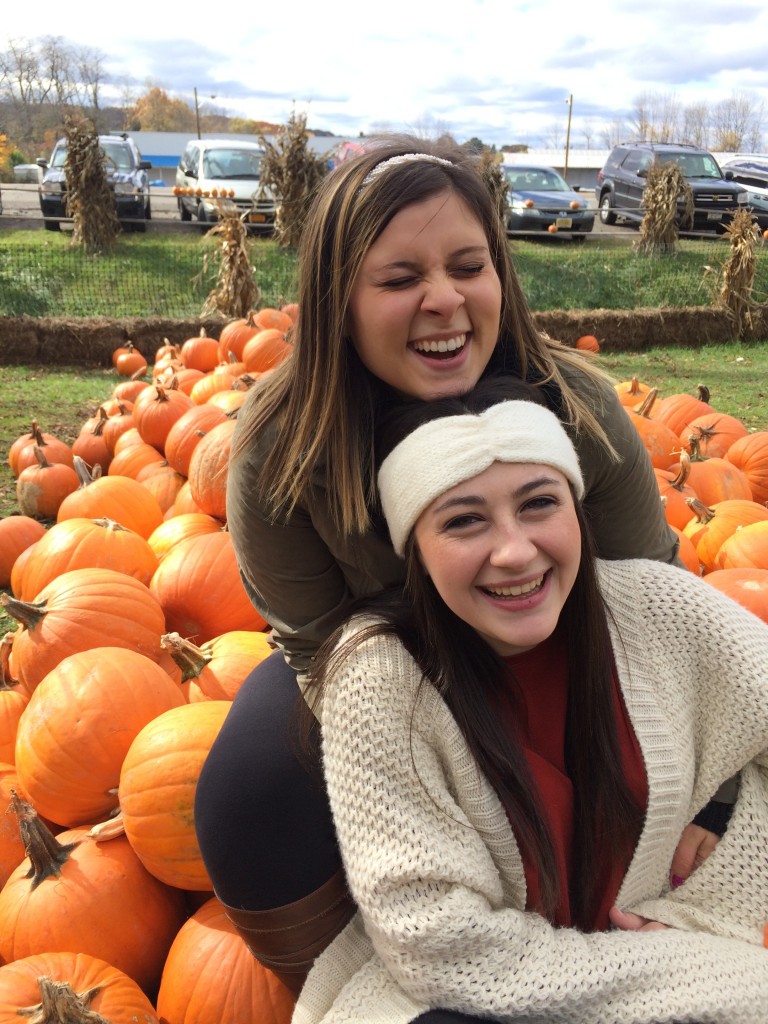 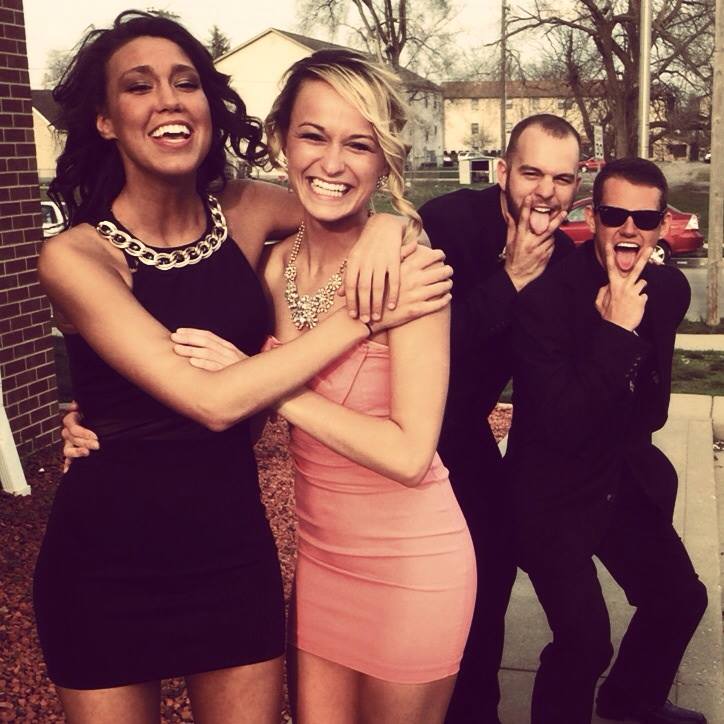 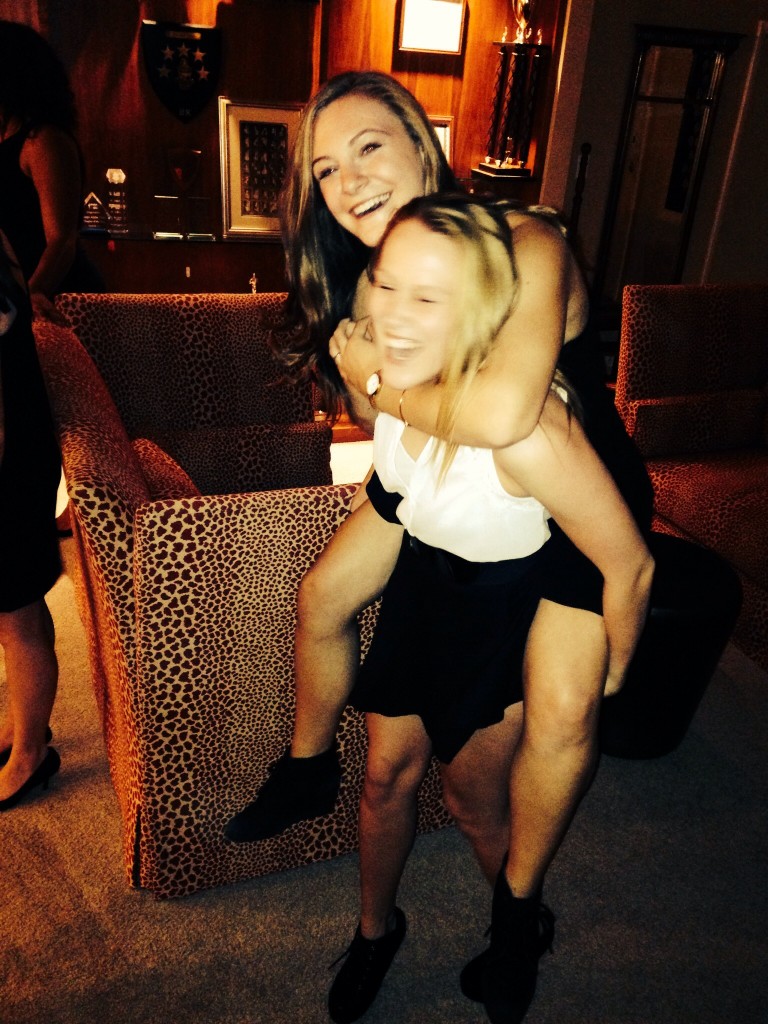 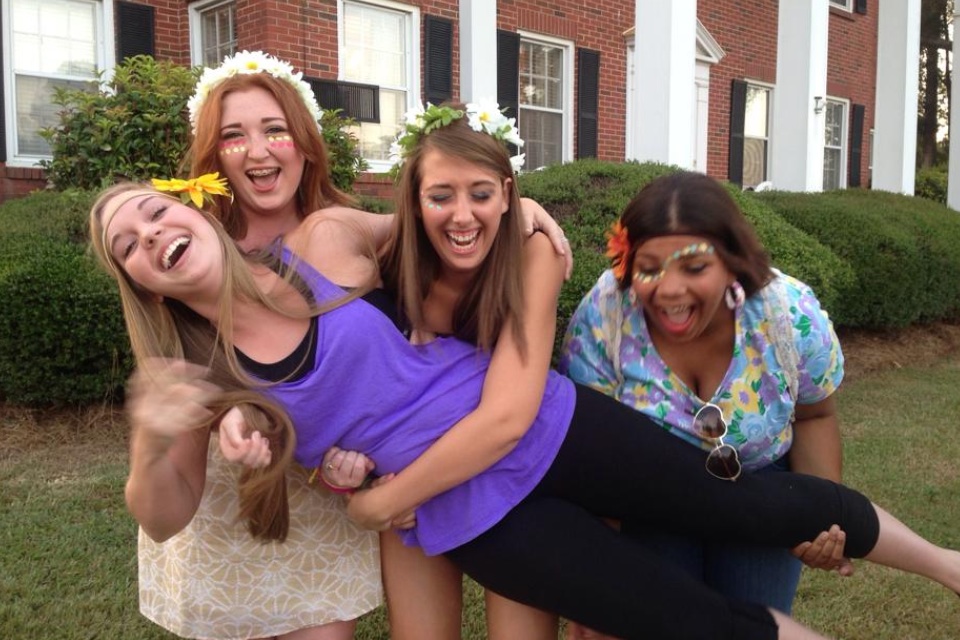 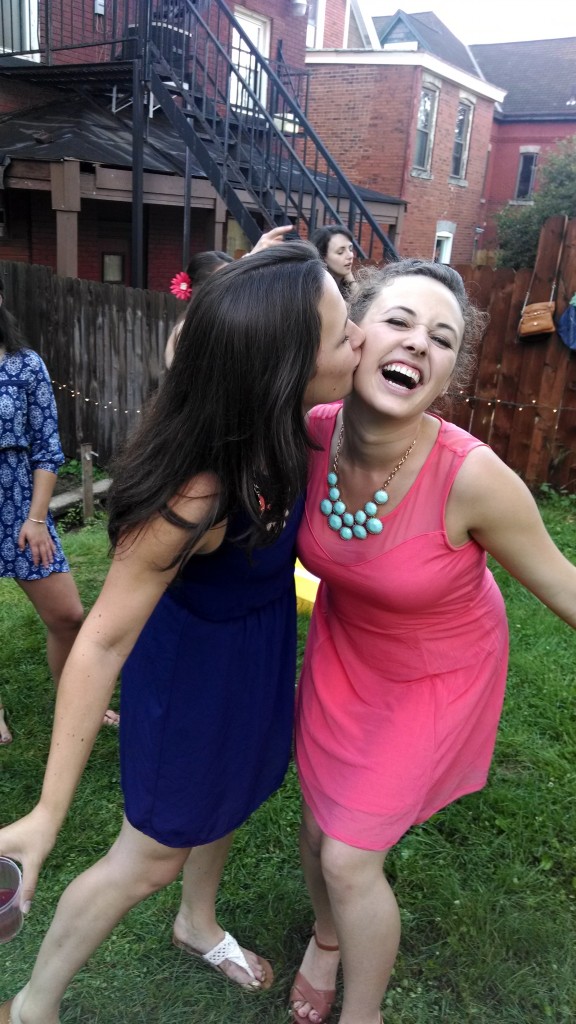 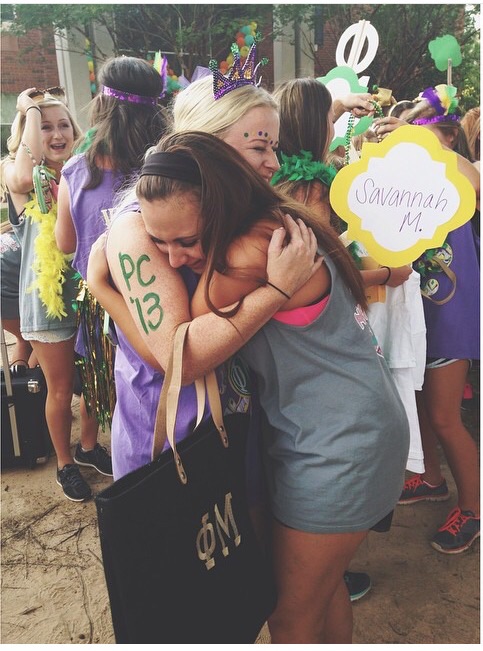 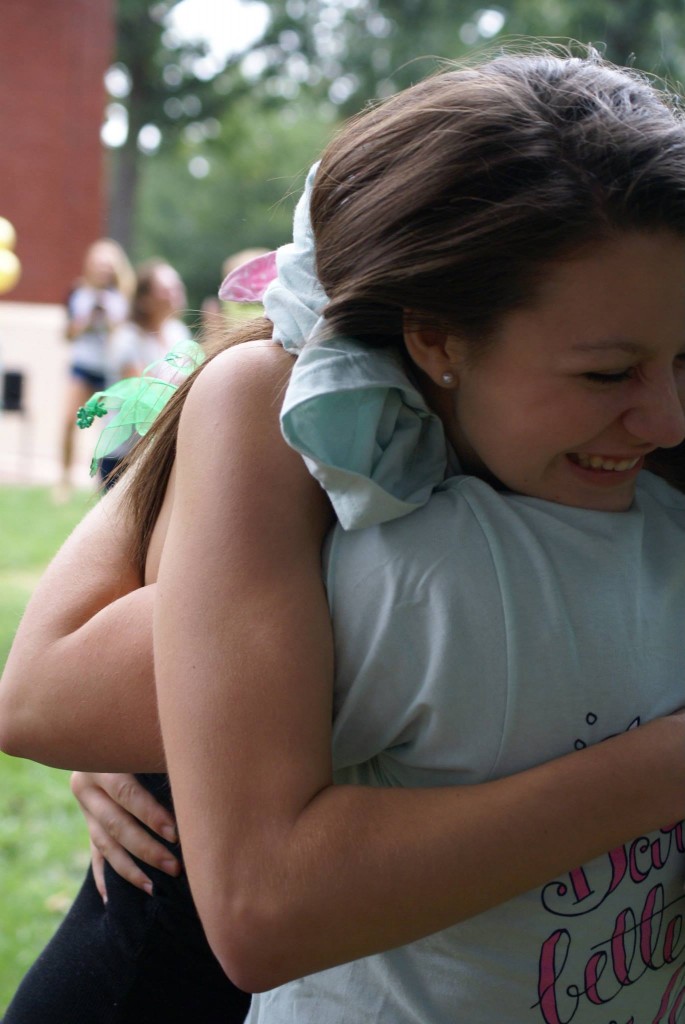 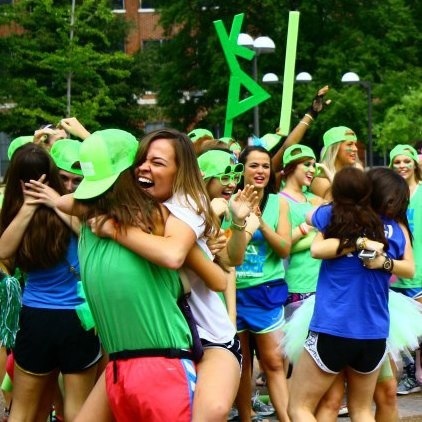 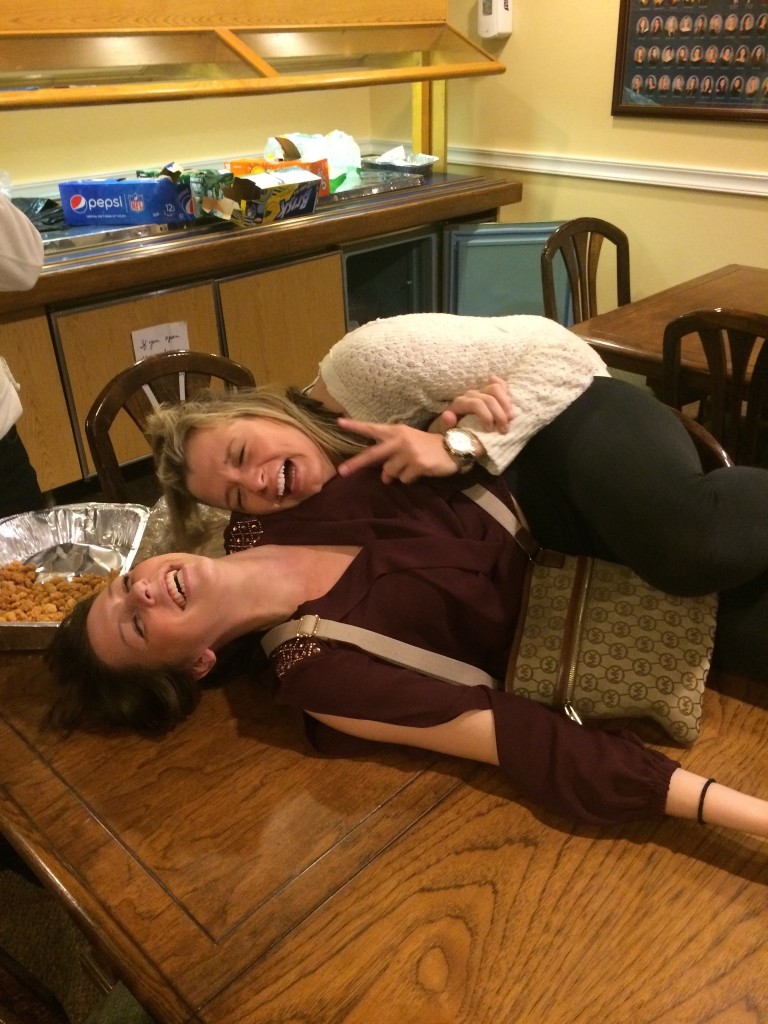 ” Total Sorority Move has articles that tell me how to be ‘boyfriend material.’ I am an INDEPENDENT Lebanese woman and I DON’T need no man#ActualSororityMove.”

“Raising $3,000+ over 3 years to #EndAlz for my Grandma is my #ActualSororityMove”

“TSM says that sorority girls are self-absorbed, but I’m devoting my life to teaching kids with special needs #ActualSororityMove”

Honestly, just type the word “raised,” or “philanthropy,” or “give back” into our search bar, because we cover philanthropy events almost every day. Here are the most incredible stories from 2015, all neatly condensed and summarized for you.

On Body Positivity
And then there are these.

Stigmas against sorority life preach that greek organizations tear down individual differences to create homogeneous cookie-cutter replicas. Sigma Kappa not only has celebrated my differences but also has provided me a platform to continue my campaign on body love and acceptance to help those struggling with Eating Disorders#ActualSororityMove.”

“Sorority girls are suppose to be a size 0, but I am large and in charge #ActualSororityMove.”

If you’re offended by some of the content on our website — and so deeply offended by it that you feel the need to defend yourself, then honestly, you are taking the website too seriously. Like I said, we’re on the same team here. We want Greeks to succeed. The site is run by women who all loved their sororities deeply — we made careers out of it for fuck’s sake. We respect the values and ideals you have for yourself and we believe in them, because those are the things you value the most, and what you think most closely defines you as a person. But if you ask any girl on our staff, the caption on her little sign would have said something like this:

“They say sorority women are daft. They say women on the whole are unclever and unwitty. They say women can’t be funny. But take a look at the texts I sent my mom last night and try not to laugh. When you’re done, I’ll show you the hundreds of comedy pieces I’ve written, share with you the thousands of people who laughed at them, then hit you with my comedy reel. Total, and I do mean Total, Sorority Move.”.